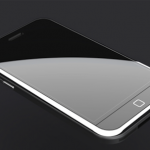 According to DigiTimes, the next generation of iPhone will feature a curved glass top as part of its display. This approach should welcome in a edge to edge display and a larger screen for future iPhone users.

Apple has reportedly purchased between 200 and 300 glass cutting machines to be used by glass makers. According to DigiTimes, smartphone manufacturers had been reluctant to invest in glass equipment due to costs in producing the glass. But Apple’s purchase of the equipment has fast tracked the inclusion of curved glass in the next generation of the iPhone.

It is still widely anticipated that the next generation of iPhone, be it called the iPhone 5 or iPhone 4S, will arrive at the earliest in September and latest in November of 2011.