According to a new report from Apple.Pro, a new prototype of a next-generation iPhone may have just surfaced. The unit is identical in appearance to the iPhone 4, runs a test version of iOS 4, and has a 5 megapixel camera. 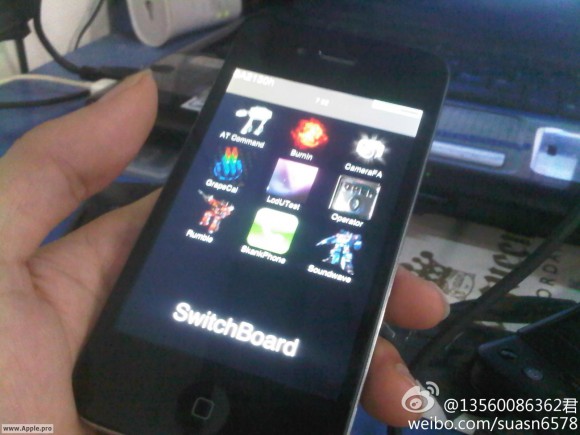 The images first showed up on Weibo, where a user claimed to have a prototype of the next-generation iPhone and posted the images. If this actually is a prototype iPhone, it might be the elusive T-Mobile-supporting N94 prototype that surfaced a while back. 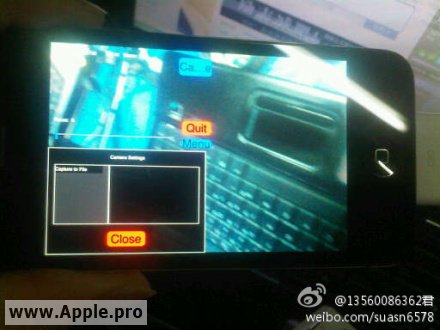 With many rumors suggesting that the new iPhone will be both thinner and lighter (and have an 8 megapixel camera), and the fact that the new handset is not running a version of iOS 5, I very much doubt that this is an actual prototype of a future iPhone handset. Rather, I personally feel it’s likely an iPhone 4 prototype from last year. 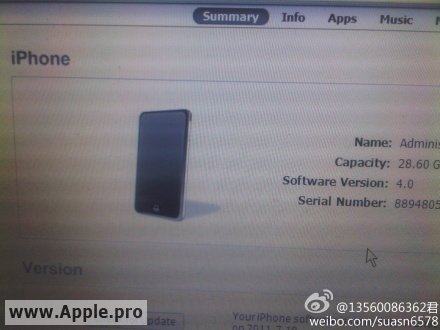 iTunes appears to identify this handset as a first-generation iPod Touch for some reason, which makes the matter even more suspicious to me – it’s entirely possible that the entire unit was simply hacked together from a mix of iPod Touch and iPhone 4 components placed in an iPhone 4 casing. Additionally, based on serial number and iOS version, it seems this is most likely an earlier iPhone 4 prototype. The serial number indicates that the phone was manufactured in the 48th week of 2009.