Following yesterday’s report of a supposed sighting of an iPhone 5, a new report has surfaced, showing what are alleged to be prototype cases for the upcoming iPhone 5. The cases suggest the iPhone 5 could be both wider and longer than the iPhone 4.

As 9to5Mac reports, some new iPhone 5 cases have been leaked on the internet, allegedly revealing some design clues regarding the upcoming iPhone 5. In addition to being wider and longer, the cases also show the mute switch being moved to the opposite side of the device, and the form factor being tapered into a slight “teardrop” design with rounded edges.

The most important change to note, however, is the size – although it’s unclear how much bigger the iPhone 5 might be in comparison to the iPhone 4, these cases certainly indicate that it sill be somewhat larger, perhaps to accompany a larger screen. Further, based on the images, there appears to be a very slight “tear drop” built into the design, with the top beng slightly thicker than the bottom. 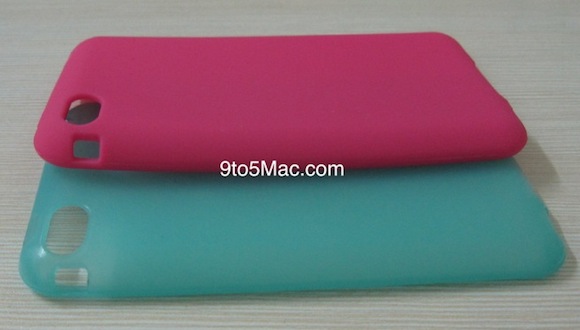 Of course, there is no way to know for sure that these cases are the genuine article, the revealed details do closely mimic the prediction originally made by ThisISMyNext back in April. Further, the source claims that the cases were designed based on information directly from their proven industry sources. Further, with the iPhone 5 due within a matter of weeks, it’s extremely likely that the unit is already in production, this increasing the possibility of leaks from companies working on the manufacturing contract with Apple.

In the end, theres no way of definitively commenting on the authenticity of these “leaked” cases, but with the iPhone 5 expected to be released so soon, it’s only a matter of time before the truth becomes apparent.