“I see a black iPod Touch and I want to paint it…. white.” – Steve Jobs in the voice of Mick Jagger.

According to 9to5Mac, Apple is working on introducing a white iPod Touch to compliment their white iPads and iPhones. iFixYouri emailed pics of alleged iPod Touch front panels, in white! 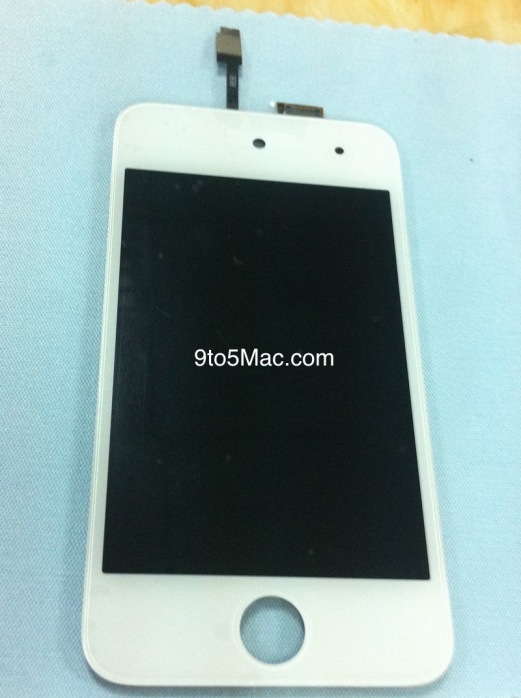 To corroborate these claims from 9to5, comes a report from Apple Insider that an impending refresh will introduce white as an option for future generations of iPod Touch models.

Looking into the current third calendar quarter, Kuo (an analyst with Concord Securities) said checks indicate Apple has placed orders for white iPod touch models that are expected to go into mass production sometime in late August, but he added that the build plans for those models reflect few, if any, distinguishable changes from the existing black models introduced last fall.

Below is a mockup of what an white iPod Touch may look like.

That is a sleek and sexy iPod Touch right there.