French Apple Blog iPhone.fr reports on a Mac4Ever story in which France Telecom CEO Stéphane Richard claims that the iPhone 5 is likely to be released on October 15th. 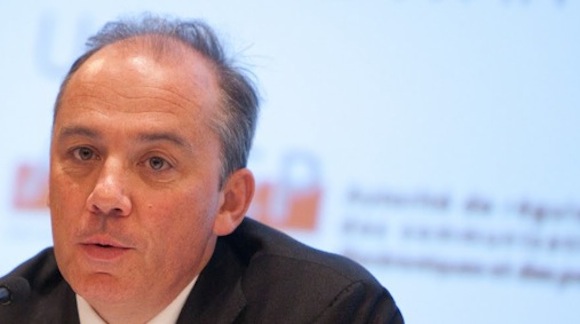 According to the report, Richard was asked in an interview on BFM TV about the iPhone 5 launch date, and replied “If I believe what I was told, the iPhone 5 will be launched on the 15th of October.”

An early-to-mid October launch has been suggested before for the iPhone 5, with suggested dates between October 7 and October 14th. October 15th is a Saturday, and while it’s not typical for Apple to release a product on a Saturday, it would make sense to release a product on a Friday or Saturday to make the most of weekend retail traffic. The iPhone 4 was released on Thursday, Jun 24, 2010.

As the top executive of one of Apple’s major iPhone partners, it makes sense that Richard would have access to more information than most. Still, keep in mind that this is still speculative until Apple actually makes an announcement. It’s also unclear whether Richard has received specific information about a release date, or is simply echoing the common claim of a mid-October iPhone 5 release.

Still, reports are suggesting that Apple will be releasing iOS 5 to manufacturers around September 23rd, and if you consider that it will take manufacturers some time to flash iOS on each iPhone, and at least 10 days to ship the devices, the week of October 15th, though perhaps the Saturday launch is a bit of a reach.