Apple has already begun training their retail employees on the upcoming iOS 5, as well as the iCloud service expected to release near the same time. The report comes to us through 9to5Mac, who has provided the below image of the new training materials within Apple’s RetailMe system. This training process could be seen as a sign that iOS 5 and iCloud are very near to public release. 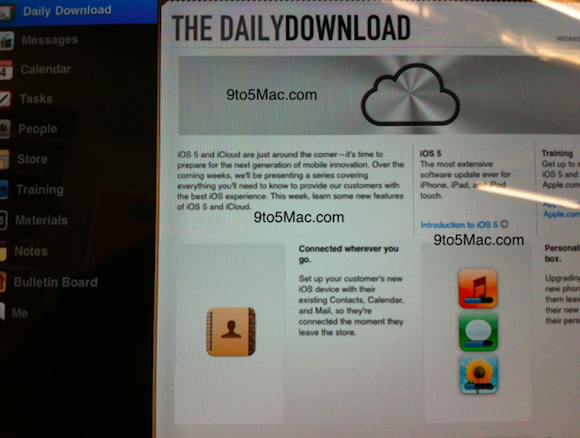 It is common practice for Apple to train their retail staff on new software, products and services before they are release, and now 9to5Mac reports that Apple has already started training on both iOS 5 and iCloud.

This could be a good indication that both iOS 5 and iCloud could be due within the next few weeks, which would like up nicely with the anticipated release of the iPhone 5 in early October.

The training is carried out through a special section within Apple’s internal RetailMe application, which is intended for use only by Apple employees.