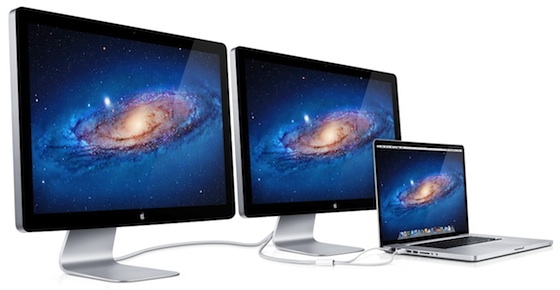 It doesn’t appear that any early customer orders have begun shipping yet, but if Apple really has begun sending the displays to retailers already, keep a close eye on your email, because it’s likely that your display will ship soon as well.

The new displays act as an impressive update to the previous Apple Cinema Display, adding two Thunderbolt ports, and also gaining the ability to function as a dock of sorts, powering three USB ports, a Firewire 800 port, and a Gigabit Ethernet port. The display also comes standard with a built-in FaceTime HD camera and a 2.1 speaker system.

Apple announced the Thunderbolt Display on July 20th. It is presently available for pre-order for $999 through the Apple Online Store.