Big box electronics retailer Best Buy has begun accepting pre-orders for the fourth-generation Apple TV, with delivery likely on November 4th. The device will also be available for in-store pickup that same day. 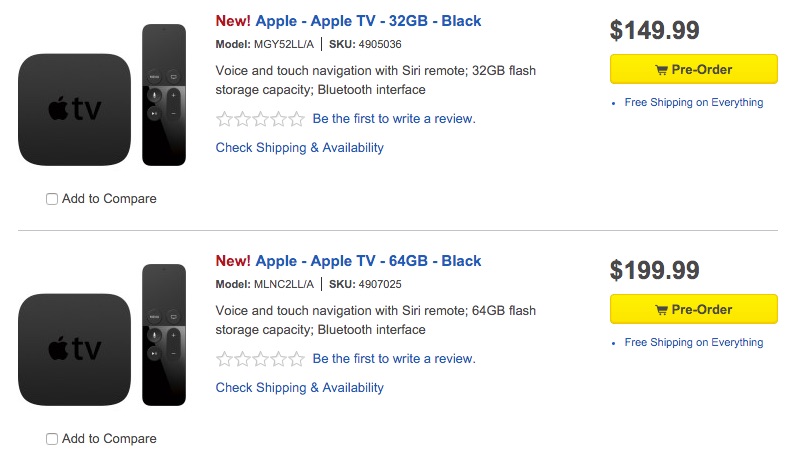 Apple is not yet offering in-store pickup for the Apple TV, and has also not announced a date when the new streamer would be available for in-store purchase, although next week seems like a likely timeframe.