Apple Pay is now available in France, making it the eighth country to gain compatibility with Apple’s contactless payments service. Customers with MasterCard and Visa credit and debit cards issued by Banque Populaire, Ticket Restaurant, Carrefour Banque, and Caisse d’Epargne can now add their cards to Apple Pay on their compatible iOS and Apple Watch devices. 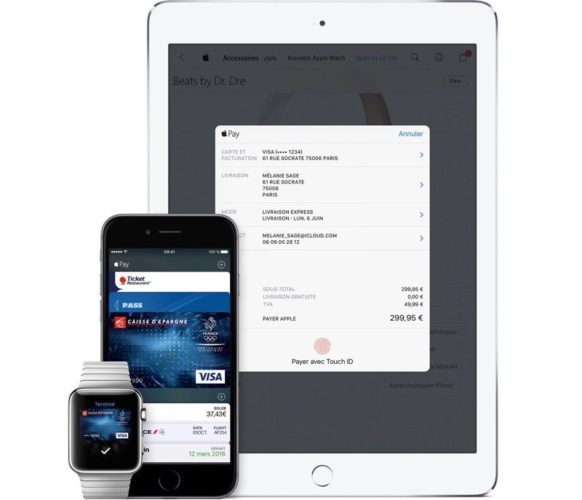 According to the Apple Pay France website, both Boon and Orange plan to add Apple Pay support in the near future, further expanding the availability of Apple Pay in the country.

France is the eighth country where Apple Pay is now available, previously added countries include the United States, United Kingdom, Australia, Canada, China, Singapore, and Switzerland. The service is scheduled to expand to Hong Kong later this year.

In June, Apple announced they will bring their payments solution to the web, allowing internet shoppers to use the service to make payments for goods and services on the web. Mac Safari users will soon be allowed to use the solution in the browser, confirming purchases via Touch ID on their iPhone, or by double-clicking the side button on their Apple Watch. The new feature will put Apple’s service into direct competition with internet payments behemoth PayPal.