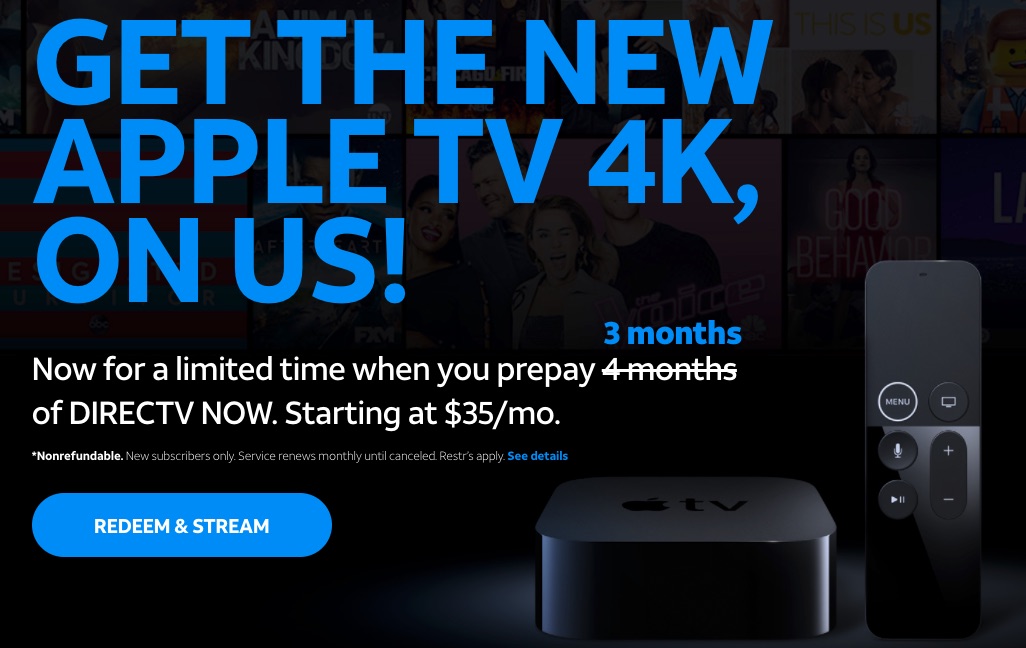 GET THE ULTIMATE EXPERIENCE.

Sign up for DIRECTV NOW, grab your Apple TV 4K and stream the biggest moments on your big screen! Plus, get access to thousands of other apps available in the App Store.

The 32GB Apple TV 4K retails for $179, so this is a great deal, even if you’ve already found a streaming service you like. The deal is even better than last fall’s DirecTV NOW Apple TV 4K promotion that required customers to prepay for four months of service to get the free device.

The offer is available through April, or while supplies last. The devices are estimated to ship within two to three week of placing your order.