Apple’s new operating system iOS 11, beta specifically, was introduced June 5th during the WWDC conference. The anticipation was at the highest level and developers are even closer than public to explore the new features of iOS 11 beta. Aside from the usual speed optimization upgrades of Apple’s new operating system (iOS 11 Beta), new innovative features of this beta are going to be our priority and focus.

How to Get iOS 11 Beta Early

There are two ways to consider. You can either get the developer beta or the public beta. The conditions are as follow. To get the earliest iOS 11 developer beta access, you have to register with Apple for $99 per year. However, if you can wait the additional three weeks for iOS 11 public beta, it’s easy for any individul to register as an Apple beta tester here and it’s for free.

The developer beta is available today June 5th, 2017. Three weeks later, at the end of June 2017, iOS 11 public beta will be released to those who are registered as beta testers with Apple. Finally, for the official public release of iOS 11, we’ll have to wait for September 2017. As always, iOS 11’s state of the art operating system will be coupled with the new iPhone 7s/7s Plus and iPhone X release.

iMessage in iOS 11 Beta has new features, tricks, while keeping the playfulness during texting. Sticker availability at the bottom row, allowing you to personalize your messaging even more. Sending payments through iMessage (Apple Pay) is certainly an exciting new addition.

Apple’s Siri is  much smarter allowing for full conversation rather than just one sentence at a time. She remembers your choices and all data is saved to iCloud to propagate through out all your devices. Googles Android based assistant set a benchmark Siri has to live up to. Siri can now assist you with: 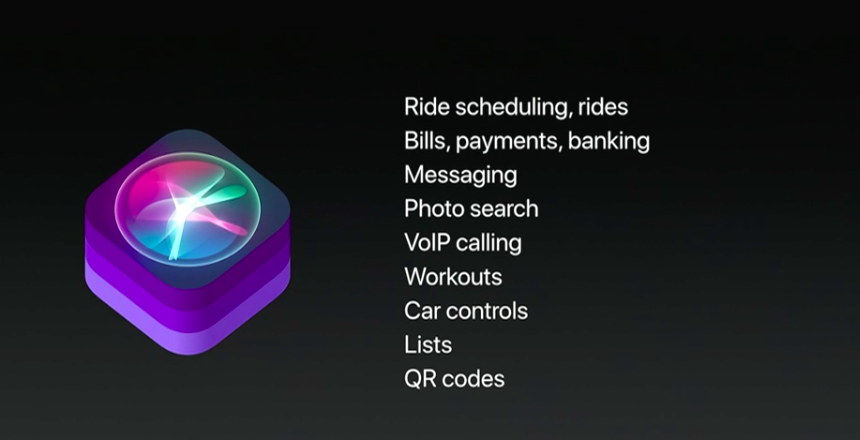 Extended battery life is at the top of the feature we can expect from Apple. With intelligent low power assistant, the newest iPhones will be able to hold power for at least 25% longer.

The same way as Facebook pay, Apple is likely to support money transfers to friends, family, or even merchants at no cost. Siri can also predict how much money you’ll be sending. 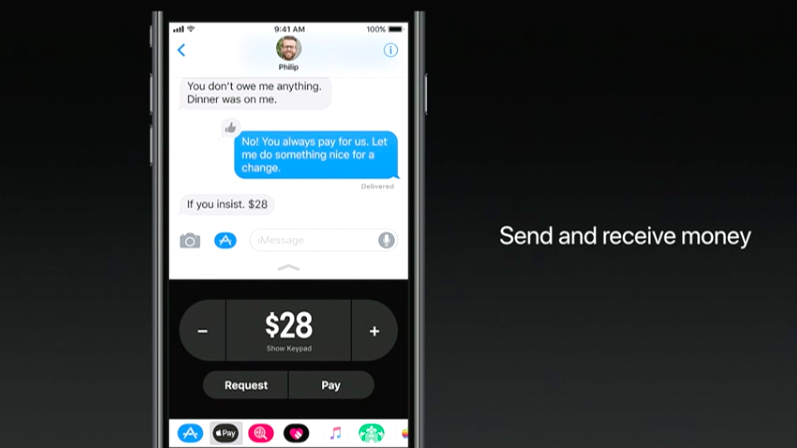 Apple Music is a big contributor to the company’s continuity. The second quarter in a row Apple’s Services business (iTunes, App Store, iCloud, and Apple Music) revenue passed $7 billion, representing 13.3 percent of total revenues. Also, the Services revenue grew $1.05 billion, or 18 percent year over year according to Apple’s latest report. Without a secret, the push is to get more users into Apple’s service sector. According to Bloomberg, we’ll see significant updates to Apples content platform. Music, Movies, Shows, and most importantly Apple branded exclusive content. 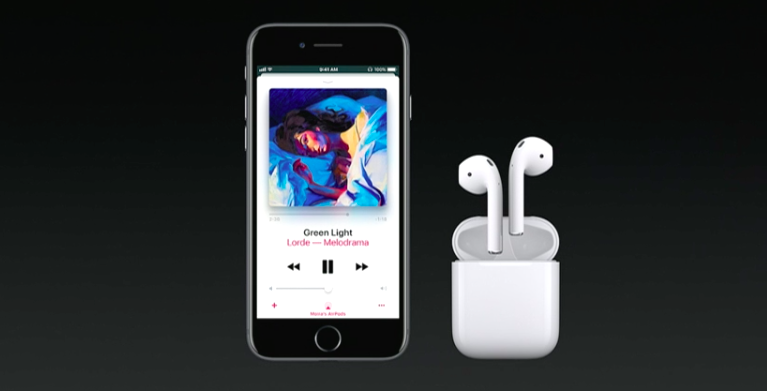 After nine years, and billions of apps downloads later, the app store is getting s serious redesign. Games have their own tab and we have a “Today” view by default. 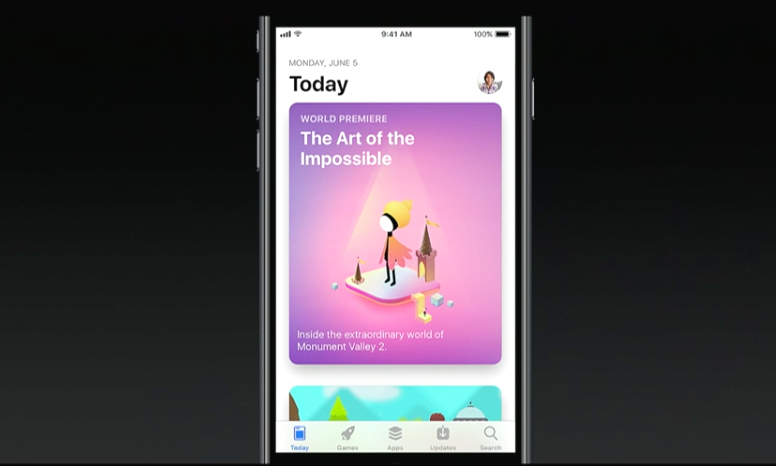 Like in the Android platform, Apple users have been asking for the possibility to change the configuration of the control center. Apple finally heard the requests and iOS 11’s new modular design allows selecting widgets in an astounding way. You can literally fill the whole screen with icons in the control center. Furthermore, 3D touch adds even more functionality where you can expand accessibility to any subcategory such as “connectivity;” or adjusting flashlight to one of the five levels. These are welcome changes in the redesign of the control center. 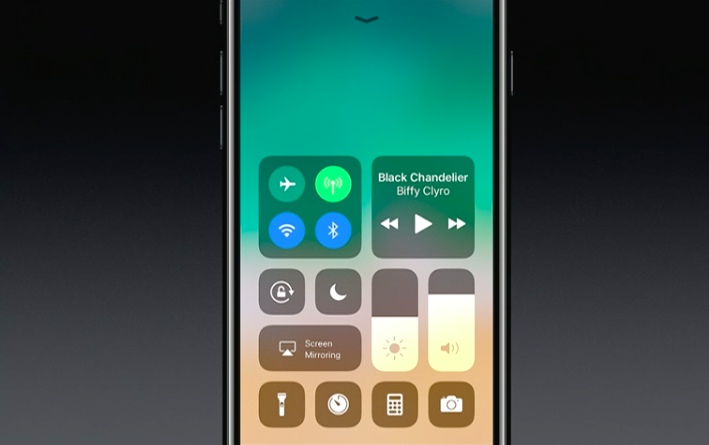 Split View with Drag and Drop

In this mode, you are be able to open two apps at the same time on the same screen. Drag and Drop enables easier movement of objects such as text blocks, images, URLs, and videos compared to the conventional copy and paste. This feature is exclusive for iPads due to much bigger screen real estate.

Did we not cover it all? You can see the full 100 feature wishlist here.

You will be able to download iOS 11 beta with these iOS devices. Another words, all the below devices will be supported to run Apple’s iOS 11 beta. The qualification for devices running iOS 11 Beta is that they support 64-bit file system. 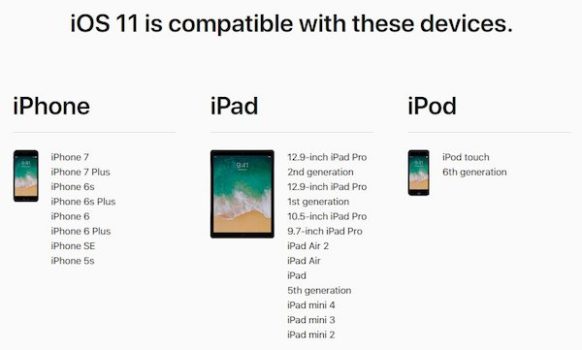 *iOS 11 beta supported devices might change with introduction of new Apple products in the future.

The distinction is between paid account for (Developer) costing $99 per year; or free account for (Public) beta testers. Paid accounts are for meant primarily for app developers who need to update functionality of their apps ahead of public iOS release. On the other hand, free public beta testers are users reporting bugs and suggesting fixes to Apple’s iOS developer team. Since Apple has implemented the beta tester program, the official iOS releases are relatively bug free and more stable than compared to times before Apple had the beta tester program. 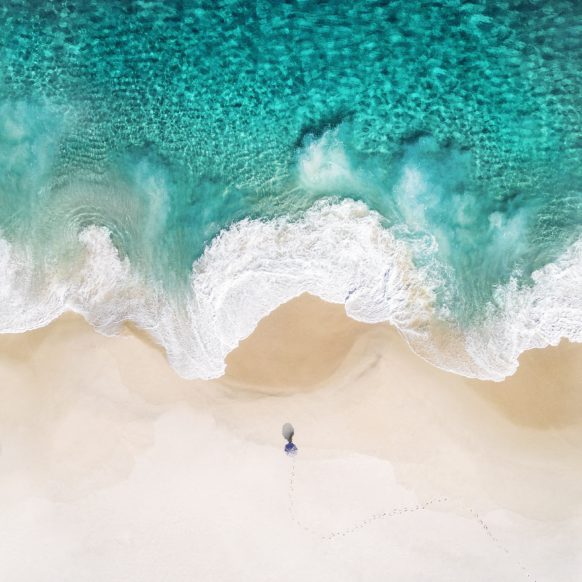 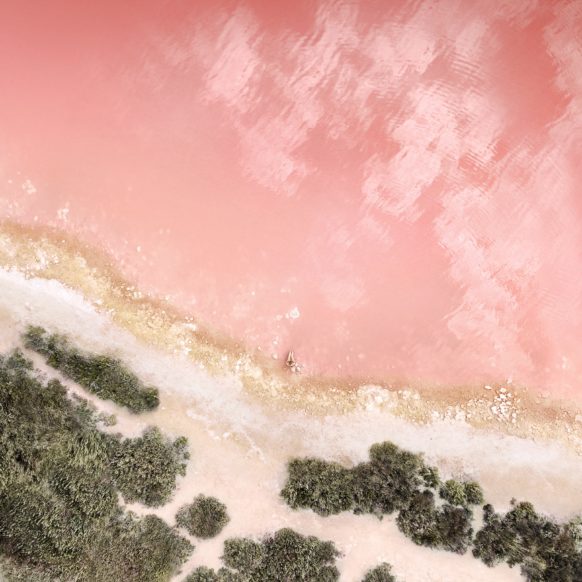 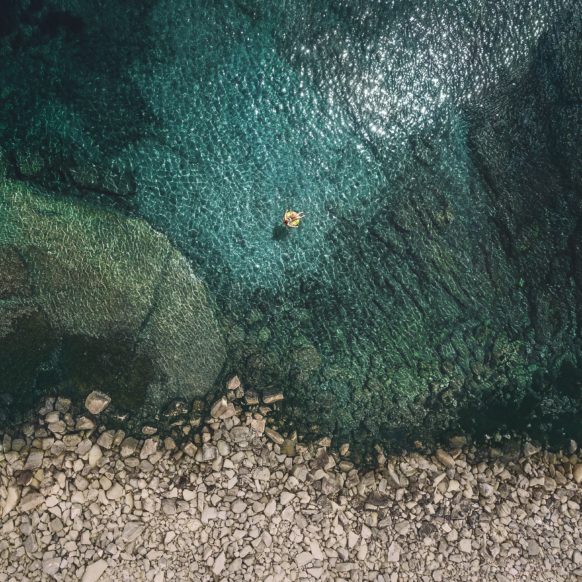 As soon as the link is available from Apple, we’ll be updating this page. You can expect all there links at the mentioned dates

Statistics based on Google Searches