Apple has just issued a press release detailing their latest App Store data. Apple has now reached the milestone of having 15 billion apps downloaded from the App Store. Also, the App Store has over 425,000 apps, and over 100,000 of those natively support the iPad! 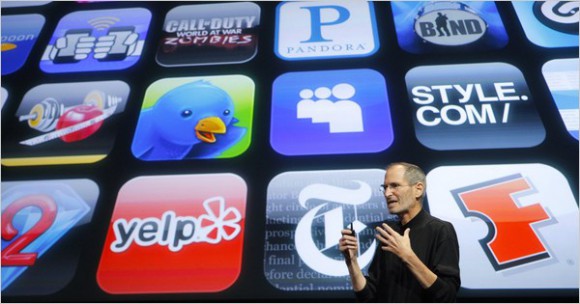 What makes this matter even more impressive is that this happened just 6 months after the App Store hit its 10 billionth download 6 months ago in January of this year. Further, Apple revealed just last month at WWDC that 14 billion apps had been downloaded, meaning that the last 1 billion apps were all downloaded in the course of a single month! To sell so many apps so quickly just goes to show how tremendously well iOS devices are increasing their hold.

There are currently over 200 million iOS devices around the world operating in 90 countries, each of which can download apps in 20 categories. Apple has paid developers over $2.5 billion to date, and the App Store has grown to become the most successful software marketplace ever.

Thank you to all of our amazing developers who have filled it with over 425,000 of the coolest apps and to our over 200 million iOS users for surpassing 15 billion downloads.

To put this all in more practical terms, this means that each iOS device owner has downloaded an average of 75 apps! I don’t care who you are – that’s pretty awesome, and I doubt many Android owners could say the same thing.

I’d bake Apple a cake to celebrate, but they have so many exciting achievements these days that I’m kind of getting sick of cake – Perhaps I should just make an iPhone out of fruit like these guys to get a healthier alternative!