It has taken a while, but Gameloft has finally brought the wildly popular Rainbow Six strategy shooter series to the iPad. The new iPad app is an HD version of the iPhone app by the same name: Rainbow Six: Shadow Vanguard ($7, App Store Link). 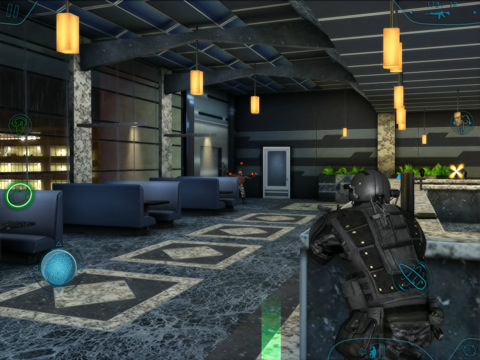 Shadow Vanguard HD is a strategic first-person shooter in which you lead a team of advanced soldiers on a mission to stop a terrorist organization. In the game, you control not only your own character, but also must direct your other team members to complete each mission.

The game features 11 different missions, and the levels are based on the original Rainbow Six game for the PC. Further, the game incorporates multiplayer support, allowing you to join up to two friends as team members in co-op play, or go head-to-head against up to ten players online.

The app looks great, and is available now for just $7 (App Store Link). Go get ’em!