Although Apple has already surpassed Nokia in number of units manufactured, a new report from DigiTimes suggests that Apple could also overtake Nokia in total shipment volume by the end of 2011, definitively becoming the world’s top smartphone vendor. 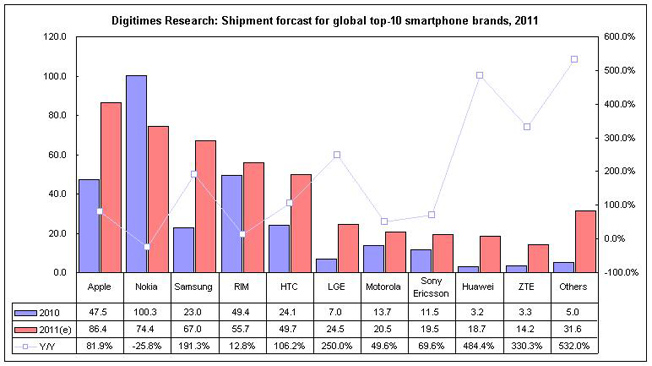 According to the report, Apple is projected to ship 86.4 million iPhones by the end of 2011, while Nokia’s shipments are expected to decrease to around 74.4 million units. DigiTimes’ projection chart can be seen above (click to expand).

If Apple does meet this projection, they’ll have demonstrated nearly 82% growth year-over year from their shipment of 47.5 million smartphones in 2010.