Bentley demonstrated a cool new concept for their Mulsanne luxury vehicle at the Frankfurt Motor Show this week, integrating two iPads, two Apple Wireless Keyboards, a Mac Mini and an iPod Touch as a replacement for a traditional entertainment system. 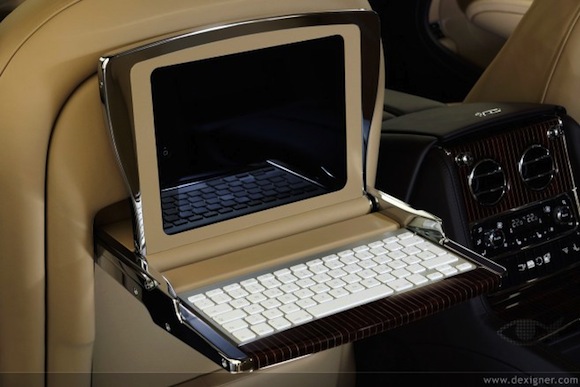 The concept, which of course looks absolutely gorgeous in the delightful hand-crafted cabin of the luxury car, features two iPad workstations complete with internet access for rear passengers, each one complete with an Apple Wireless Keyboard housed in a custom enclosure. 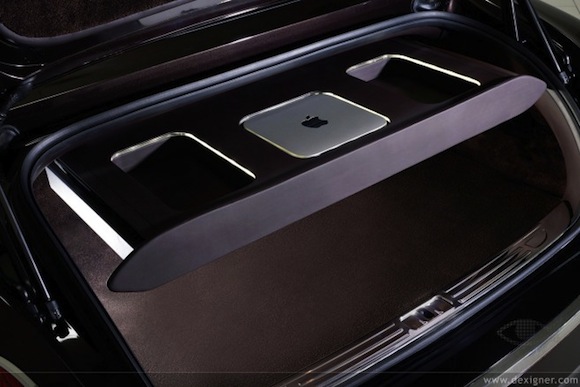 The trunk of the Mulsanne stows a Mac Mini that acts as the system’s media center, powering a drop-down 15.6″ display and syncing the content between the two iPads. An iPod Touch acts as a full control panel for the rear passenger entertainment system, as well as the Mac Mini’s media center. 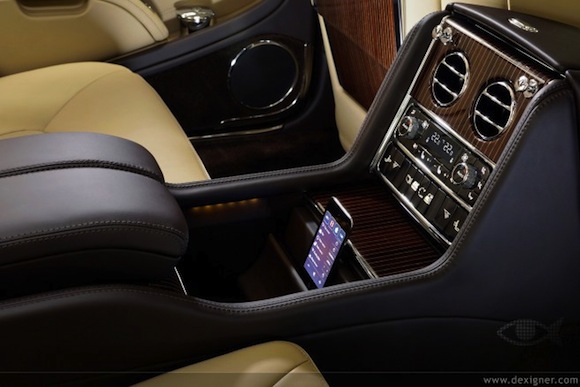 This is all a concept at the moment, and may never actually end up in a real Mulsanne, but it is gorgeous to look at. Bentley’s Alasdair Stewart had the following to say: 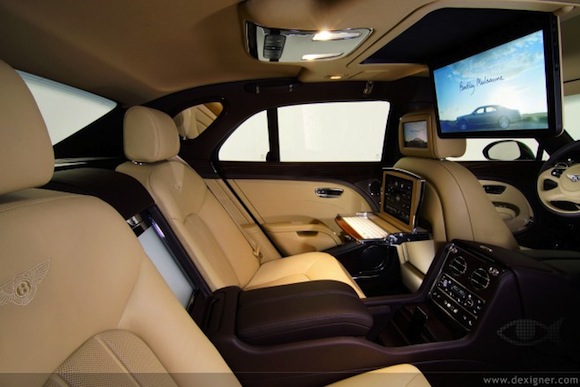 Many customers use their time in the Mulsanne to keep on top of their business commitments or simply take a few moments to relax. This fully functioning concept highlights the Mulsanne’s potential to help busy executives to communicate effectively and quickly whilst travelling.

Also of note: The hand-crafted cabin depicted in the images took over 170 hours to create. Wow!