It appears that Best Buy and Best Buy Mobile stores may begin selling the iPhone 5 in the first week of October, according to a report from BGR. The report references a leaked internal memo, and discloses that Sprint will be carrying the iPhone 5 at launch. 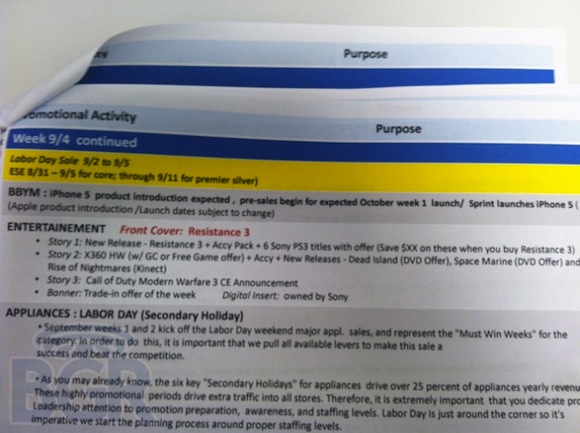 While it initially appeared as though Best Buy would simply be taking pre-orders in early October, BGR’s sources have since suggested that it is possible that pre-sales will begin earlier, and the device will become available for retail sale in early October. Indeed, the wording of the memo seems to suggest that pre-orders will begin for an early October launch including the Sprint network.

The memo does include the caveat that the launch date is “subject to change.” Still, an early October release date does seem likely, and early October has become the majority expectation for the release of the iPhone 5.