Although the iPhone 5 hasn’t even been announced yet, rumors have been running wild for some time. A page displayed on Case-Mate’s website earlier today only added fuel to the fire, as it reveal the design for 6 different iPhone 5 cases, appearing to reveal design details for the iPhone 5 itself in the process. 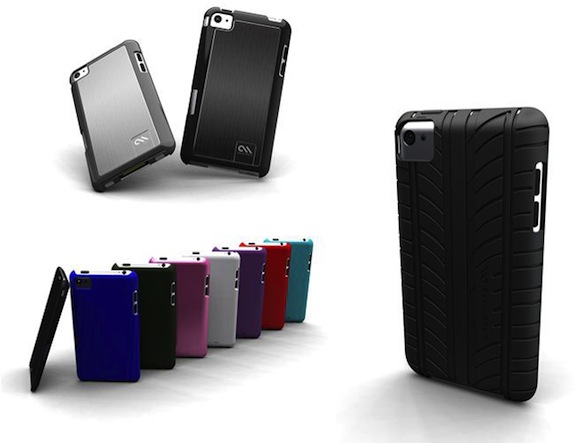 Case-Mate has since pulled the website and revealing images, but not before BGR captured them and reported the mistake to the internet at large. The radical new body design looks great, and seems to affirm speculation that the iPhone 5 will have tapered edges and a slim body, as was first rumored back in April. The images also appear to show the iPhone 5 as having an aluminum back.

While’s it’s possible (and maybe likely) that this was merely a publicity stunt performed by Case-Mate, directing customers to a Case-Mate page that will notify them when cases are ready (the page also offers rumors and speculation), this would be a pretty risky move from Case-Mate just to sell a few extra cases. Further, the prompt removal of the page suggests that the leak was not intentional.

The iPhone 5 is widely expected to become available for sale in early to mid October, and may be unveiled by Apple in a press conference later this month, with pre-orders expected to begin around September 30th.