“Two-and-a-Half Men” star Ashton Kutcher will play the role of Steve Jobs in a forthcoming independent film called ‘Jobs’, reports Variety, which will follow Steve Jobs’ path to becoming the head of Apple, and one of the most successful entrepreneurs of all time. 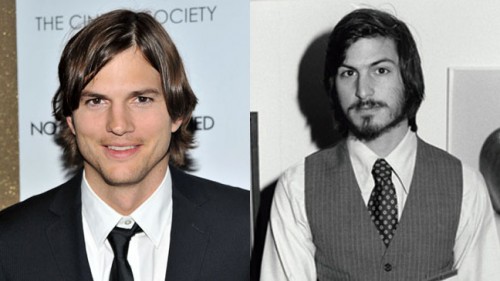 Despite the timing of the report (on April Fools Day), the author insists that the report is not a prank, and that they consider holding the report, but feared losing their role as the first to report the story, which graced the front page of Variety.

Guys, do you REALLY think the top @Variety brass & my editors would let me post an APRIL FOOL’S DAY joke on the homepage? Uh… no.

The movie is planned to begin production in May. And despite skepticism about Kutcher taking the role of Apple’s legendary co-founder, it’s difficult to deny that there is a strong resemblance between Kutcher and the young Steve Jobs. MacRumors points out that the Hollywood Reporter has confirmed the story, and provided the above comparison picture of Jobs and Kutcher.

I for one will be very interested to see how Kutcher handles the role.