Following the release of a public alpha of Tweetbot for Mac earlier this month, and a significant update several days ago adding keyboard shortcuts, notifications, and other improvements, Tweetbot Alpha 3 is now available to download! 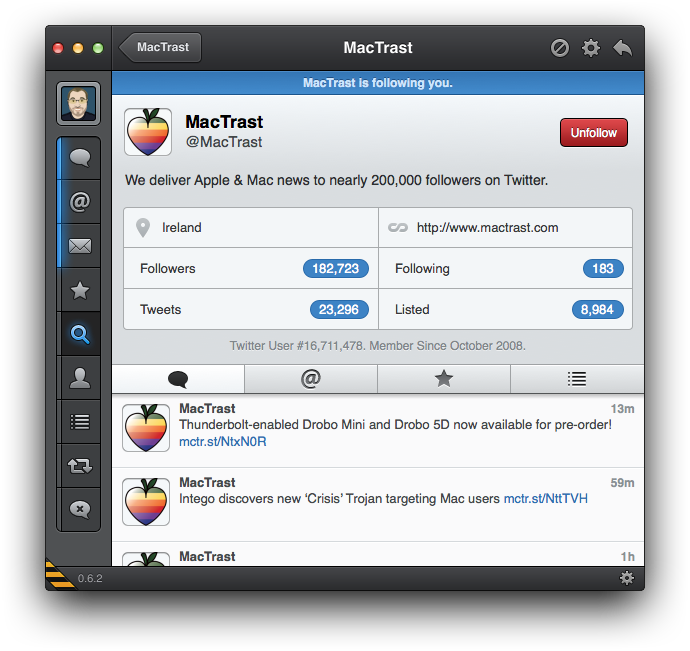 The update includes several performance and reliability improvements, and a hashtag popover fix, as well as the ability to switch between multiple Twitter accounts on-the-fly within the tweet composing window.

I’ve only dabbled with the Tweetbot alpha – but I’m frankly surprised that it’s still in alpha. It’s surprisingly solid and stable – more so than final releases of certain other Twitter clients. The new alpha is available now as an in-app update, or from the Tapbots website.