As a little teaser for tonight’s Rock Center interview with Apple CEO Tim Cook, NBC says Cook is still hinting that Apple is very focused on redefining television as we know it. 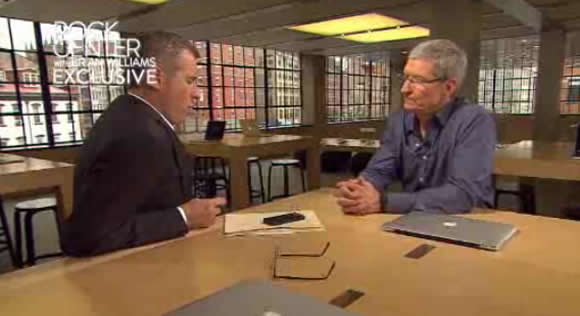 What’s next for Apple? Did Cook leave us with a clue?

“When I go into my living room and turn on the TV, I feel like I have gone backwards in time by 20 to 30 years,” Cook told Williams. “It’s an area of intense interest. I can’t say more than that.”

This comes as Apple is reported to be negotiating with cable providers to reach deal that would allow it to create the experience it is looking for. Content deals are said to be slow coming for the Cupertino giant, and any launch for new Apple television products are not believed to be planned for the near future.