Casio has announced an addition to its popular G-Shock line of watches. The GB6900AA watch pairs with the iPhone via Bluetooth, and displays information that includes synced time, calls and email alerts, that can be dismissed by double-tapping the screen.

Two words describe my reaction to this news: “I WANT!” 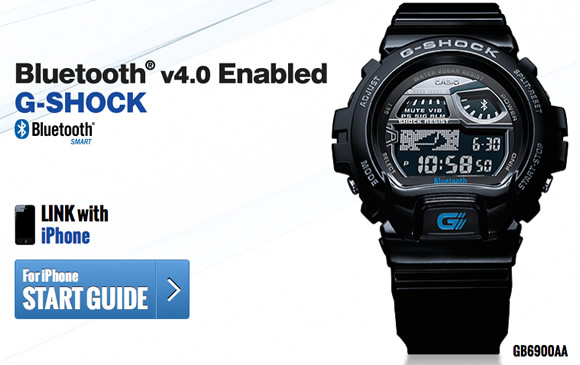 Available for $180, the GB6900AA watch is resistant to shock and water like the rest of the G-Shock line and has a feature that lets users stop misplacing their iPhone, as the watch will let off a notification when the handset is out of range.

Casio says the watch has a battery life of two years, and that’s if the watch is connected via Bluetooth for 12 hours a day!

The GB6900AA is available at numerous retailers, both brick-and-mortar, and online. (Link to import version on Amazon)

Casio has also released a G-Shock iPhone app which is required to sync the first time.