A new survey of small-to-medium sized business smartphone activations shows that the iPhone is grabbing the biggest share of the market, and the iPad is taking almost all of the tablet activations. 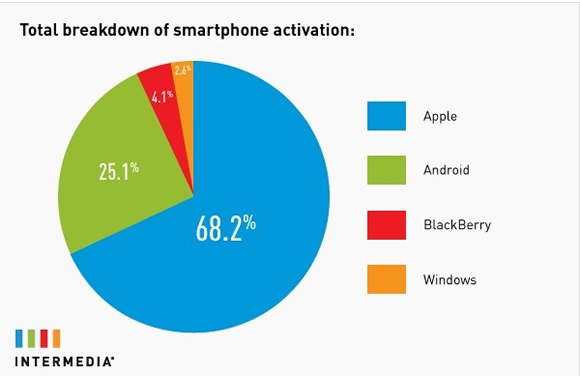 Intermedia manages more than 500,000 premium-hosted e-mail accounts with Microsoft Exchange. According to the company’s data collected from September through November, Apple’s iPhone represented 68.2 percent of smartphone activations by small and medium businesses.

Google’s Android took a distant second place in the enterprise market, with 25.1% of the activations in the same timespan. The BlackBerry platform took 4.1%, Windows Phone, 2.6%. 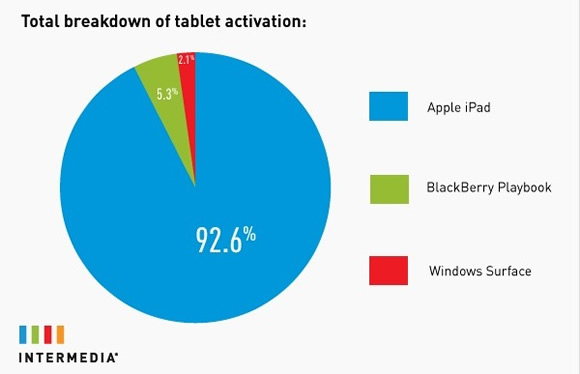 In tablet activations for small-to-medium sized businesses, the iPad was the big dog, with 92.6% of new activations. BlackBerry’s PlayBook took 5.3%, and Microsoft’s Surface took third with 2.1%