Apple on Thursday announced that exclusive enhanced editions of all seven books in the Harry Potter series by J.K. Rowling are available via iBooks. 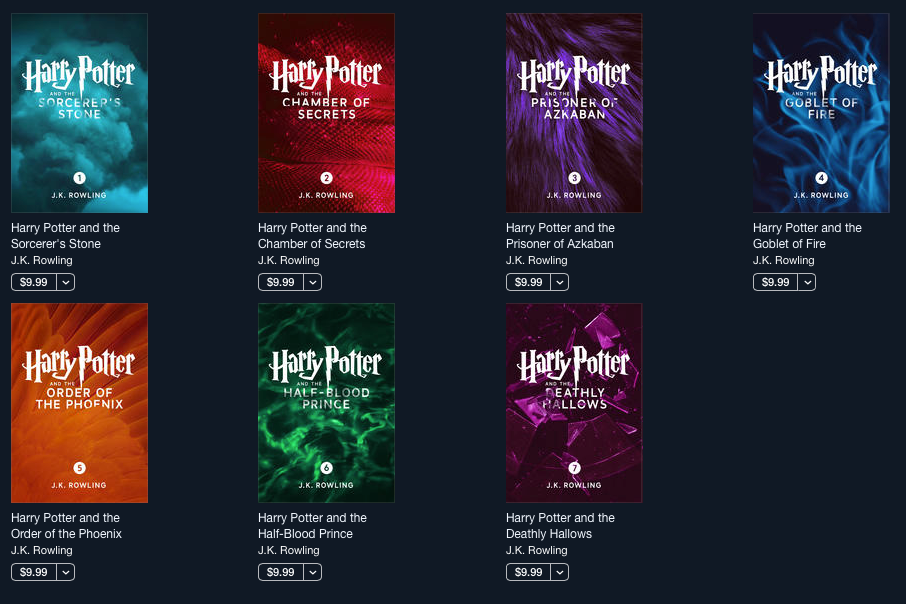 The enhanced editions are available in English for $9.99 each in 32 countries, while pre-orders begin today for French, German and Spanish versions, which will be available on November 9 in 18 additional countries

“I’m thrilled to see the Harry Potter books so beautifully realised on iBooks for the digital world; the artwork and animations in these enhanced editions bring the stories alive in a delightful new way,” said J.K. Rowling.

Previously the Harry Potter books were only available in digital form through the Pottermore shop that Rowling owned in partnership with Sony.