Apple on Thursday released an update for their iMovie video editing app for iOS devices. The update brings 4K video support to the iPad Air 2, while also fixing a number of bugs. 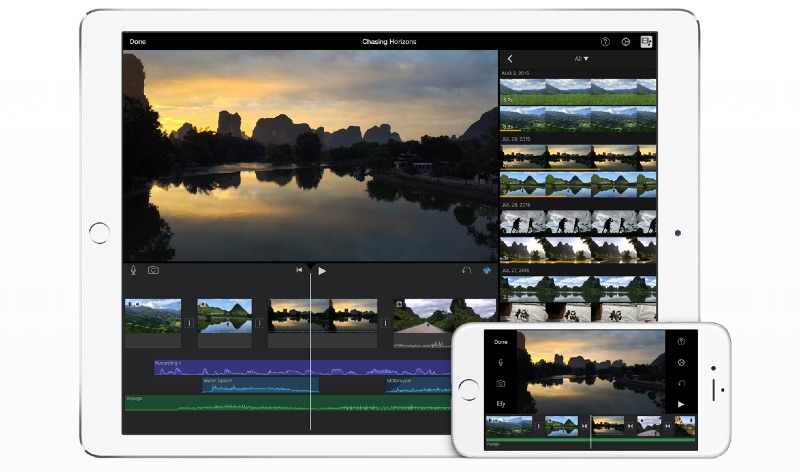 The app allows users to view and edit 4K video on the iPad Air 2, including video captured by the 4K-capable iPhone 6s and iPhone 6s Plus handsets.

Apple also addressed a number of bugs in the release, including issues with importing and removing projects from iCloud Drive. It also addressed interface issues, and made the usual performance and stability improvements.

iMove for iOS is a free download for current users, and is available for $4.99 in the App Store for new users. [GET IT NOW]