Apple has posted a new “iMac – Then and Now” page on its website, comparing the original “gumdrop” iMac to the brand-new iMacs that debuted earlier today. 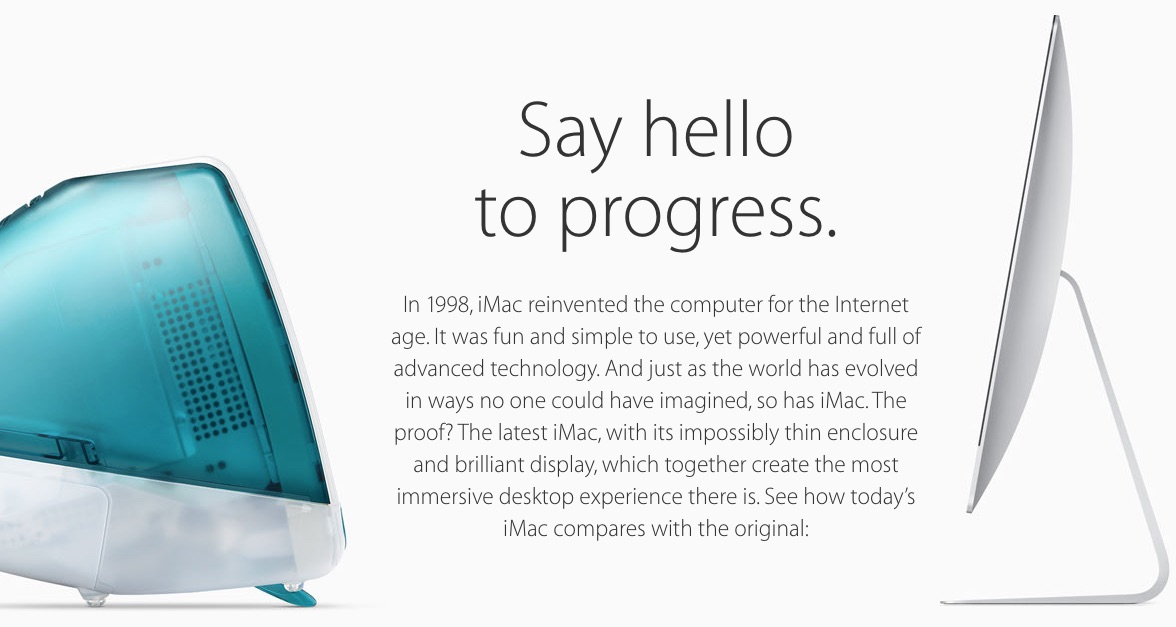 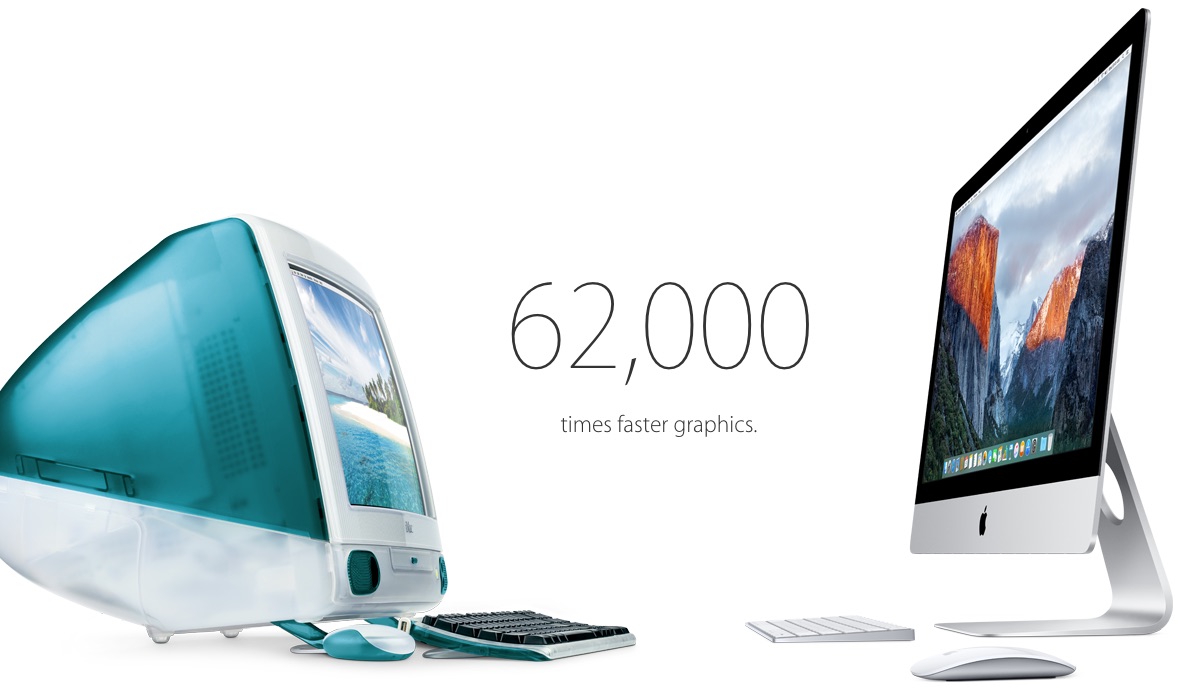 The original iMac’s stock configuration was made up of a 233MHz PowerPC 750 processor, a whopping 32 megabytes of RAM, a 4-gigabyte hard drive, (how would we ever fill that up?), and a 13.8-inch 1024×768 display, with graphics powered by a ATI Rage IIc sporting a huge 2 megabytes of memory.

The original iMac also boasted an Ethernet port and a 56K modem, it was also the first to adopt the USB standard, and also dropped the floppy drive in favor of an optical drive. Also of note, it was the first major Apple product released in the wake of Steve Jobs’ triumphant return to Apple.