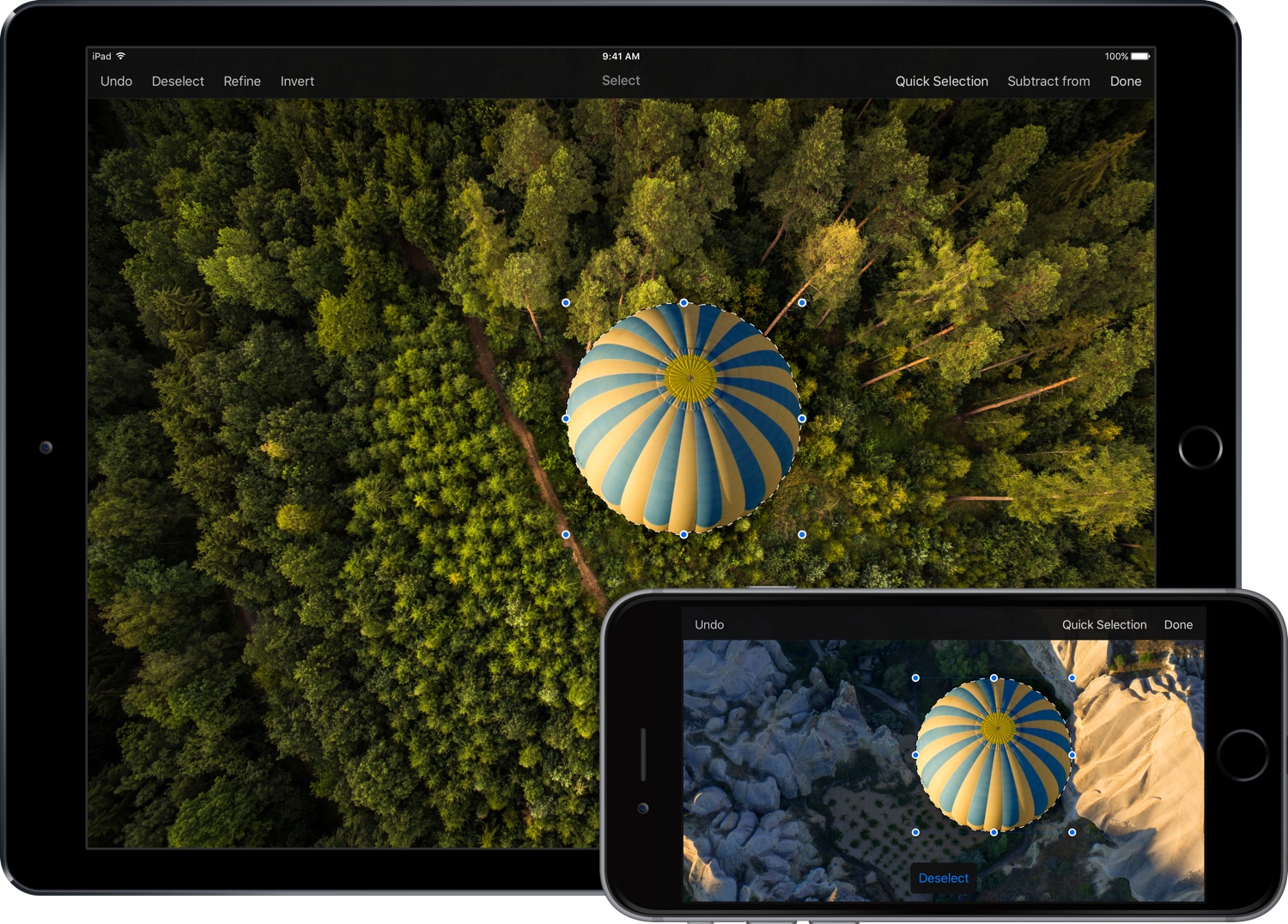 Pixelmator 2.3 for iOS brings an incredible Quick Selection Tool, a powerful and precise Magnetic Selection Tool, features many small, but awesome improvements to the selection experience on iOS, and more.

Improvements and bug fixes:
• Use a two finger double tap to zoom in or zoom to fit.
• The 9:16 aspect ratio is now in the list of ratios in Crop.
• The request to let Pixelmator access your Photos library wouldn’t appear if you tried to save to Photos before having opened an image from Photos – it does now.
• If you use Copy to Photos to save a new image to your Photos library, you’ll now be able to use Save to Photos to save over that new image.
• If you drag a layer that is not selected (the transform handles aren’t visible) and it does not fit in the screen, the layer will not be moved. To move it – first, tap to select it.
• When you hold two fingers to rotate a layer but one or both fingers are outside the currently selected layer, other layers in your image will not be selected – first tap to select the layer you want to rotate, then hold two fingers inside it to start rotating.
• Zoom animations are a little more smooth as they now have subtle ease-out transitions.

“With the Quick Selection and Magnetic Selection tools, Pixelmator for iOS becomes smarter and more powerful than ever, making it much easier to edit images with incredible precision on iPad and iPhone,” said Saulius Dailide, one of the founders of Pixelmator Team. “Pixelmator for Mac users have already been using these two tools and their response has been fantastic, so we’re really excited to be bringing them both to the most advanced image editor on a mobile device.”

Pixelmator for iOS 2.3 is available in the App Store for $4.99. It is a free update to all existing customers who purchased the app from the App Store. [GET IT HERE]