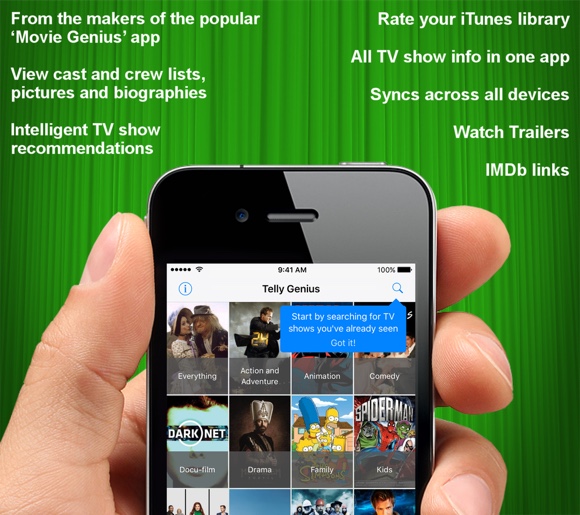 “When we released Movie Genius, it was extremely well received by movie fans everywhere. The app offered moviegoers the fastest, most reliable, and most comprehensive way for them to find just the right movie to watch,” says app developer Clive Skinner. “One of the most common requests we received from users was for us to take the same technology and apply it to television shows. Never let it be said we don’t listen to our customers!”

Telly Genius offer a recommendation engine to allow viewers to discover any of the thousands of television shows shown on the major networks and cable channels. The app allows users to select the shows they like and don’t like, then uses those selections to offer show recommendations.

The app goes through the available series and specials available on the tube, and then suggests shows that offer similar subject matter. Parents can control which television shows will be recommended to young viewers via a filter that uses the standard TV ratings of: TV-Y, TV-G, TV-PG, TV-14, and TV-MA.