Microsoft Office for Mac users who are lucky enough to own one of the new 2016 MacBook Pro models with a Touch Bar can now make use of the OLED-based touch bar in Word, Excel, and PowerPoint.

Touch Bar support: The most relevant commands to what you’re working on are at your fingertips. (Only compatible with MacBook Pro with Touch Bar.)

Microsoft first announced that Office would support the Touch Bar last October at the Apple event where the new MacBook Pro models debuted. The Redmond firm took the stage that day to demonstrate the new Touch Bar related features for Word, Excel, and Powerpoint. Earlier this month, they released the new Touch Bar features to beta users for testing.

The Touch Bar allows users to enter Word Focus Mode, a brand-new experience that hides all of the on-screen ribbons and commands so you can simply focus on your work. The Touch Bar is perfect for this moment, putting the most relevant Word features at your fingertips. One tap and you can quickly apply a new style to a heading or paragraph. You can also now insert comments, photos or hyperlinks directly from Touch Bar. 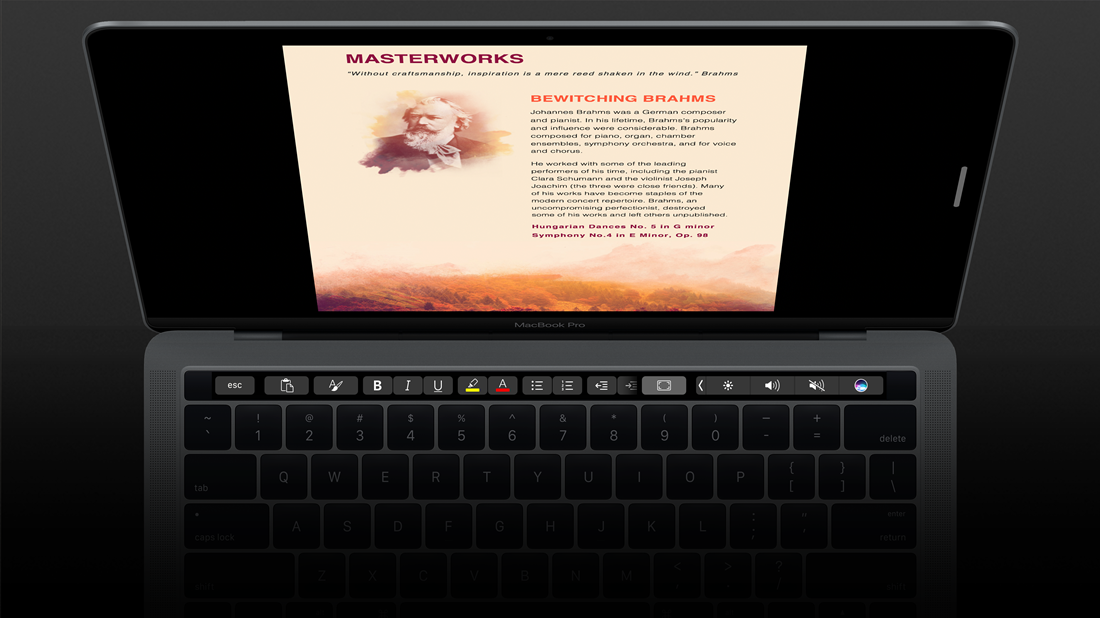 Touch Bar commands in PowerPoint allow you to easily manipulate graphic elements. The Reorder Objects button produces a graphical map of all the layers on a slide, making it easy to find the right object and move it where you want it. And by sliding your finger across the Touch Bar you can easily rotate an object to get just the right angle. Controls are now available on the Touch Bar when your presentation is available in Slideshow View, including slide thumbnails and a timer to help you keep track of time as you present. 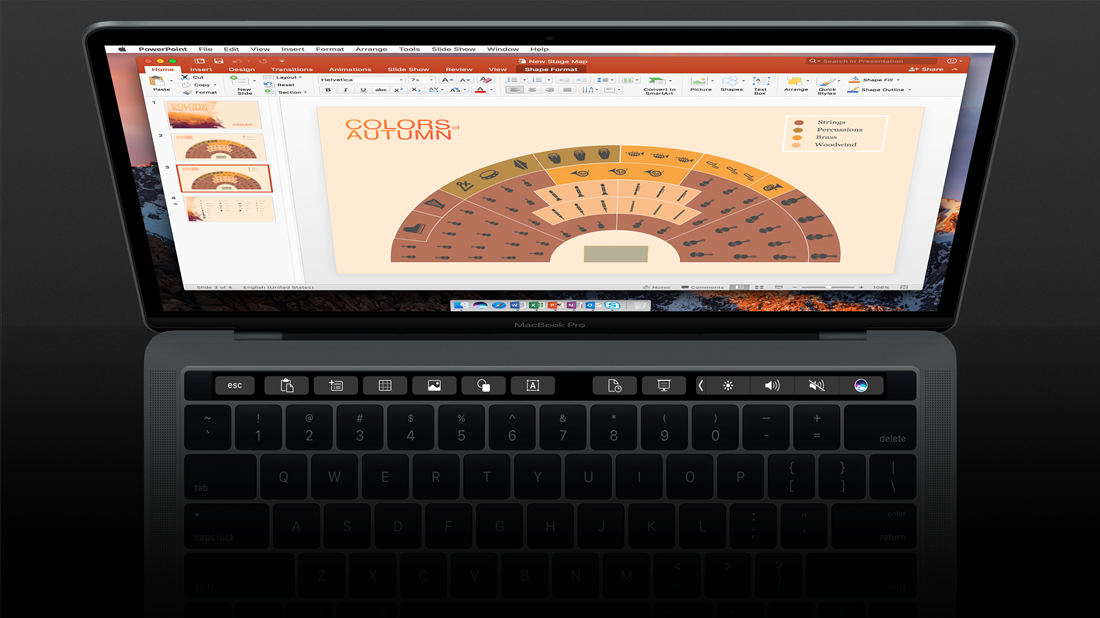 Typing an equals sign into a cell in Excel immediately pulls up the most recently used functions in the Touch Bar. For example, with a tap (for the formula) and another tap (for a named range) in the Touch Bar, you can quickly sum a range in your spreadsheet. The Touch Bar also provides quick access to borders, cell colors and recommended charts—making it easier than ever to organize and visualize your data. 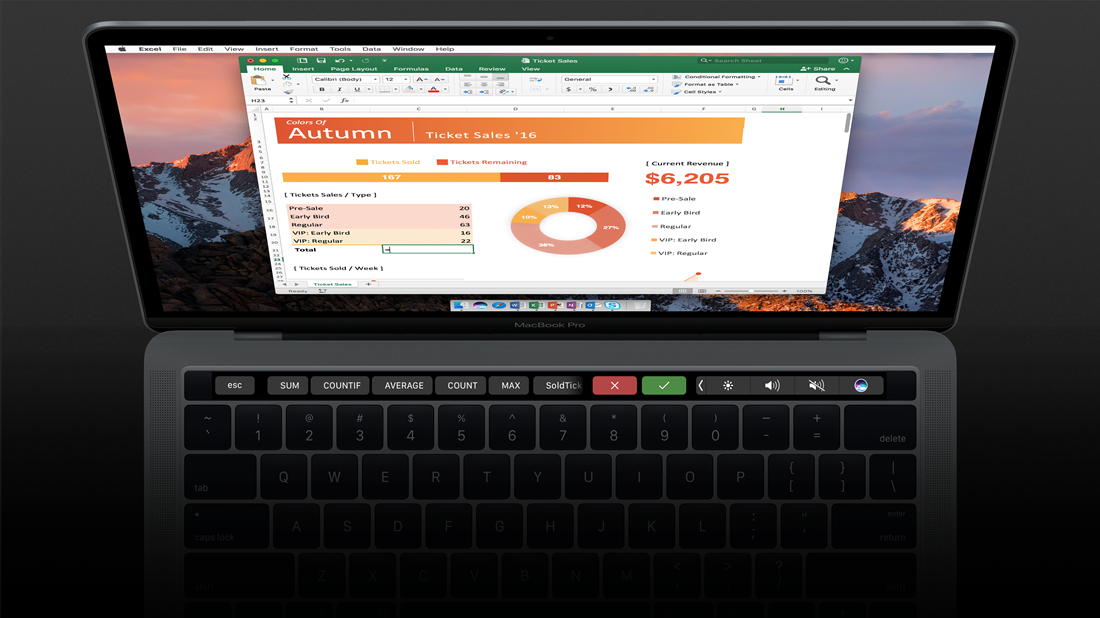 During the testing period, Microsoft added new features to the above, previously announced features. The Touch Bar can also be used to insert comments, photos, and hyperlinks into Word, it offers view-specific controls in PowerPoint, and an object rotation slider is available for Word, Excel, and PowerPoint.