While your Mac will usually hum along like the finely tuned machine it is, occasionally it may act peculiarly, like trying to boot from an external disk, giving you a “?” symbol when you turn it on, or other glitches.

What Is NVRAM/PRAM And Why Would I Want to Reset It?

NVRAM, (or PRAM on some Macs), stores Mac settings, such as screen resolution, time zone information, which hard drive to boot from, and more. It’s non-volatile RAM, meaning it retains the information it contains, even when your Mac is turned off, or unplugged. Occasionally, it may become corrupt, causing your Mac to boot from the wrong drive, or not even booting at all. If you’re having issues with your Mac, one easy early troubleshooting step is to reset your NVRAM. 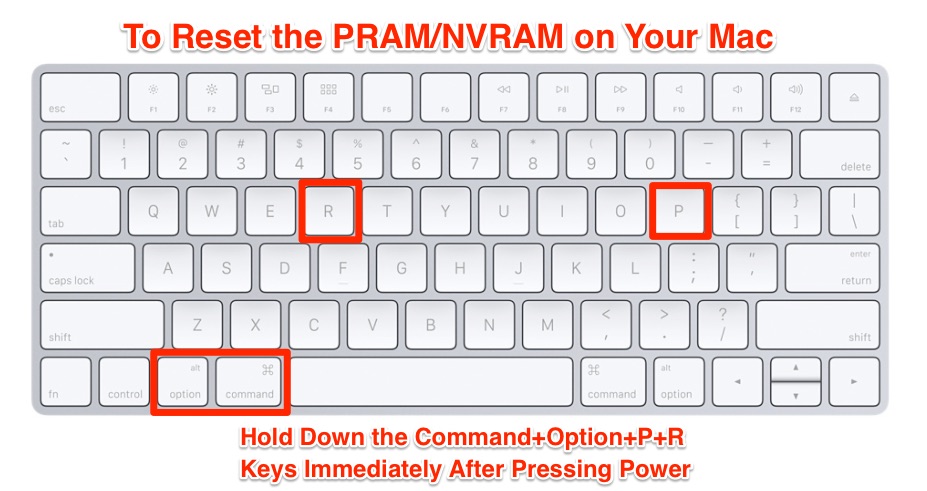 How to Reset NVRAM/PRAM

To reset NVRAM/PRAM, do the following:

It may take a few tries to get the proper timing down to make it work. After resetting your Mac’s NVRAM/PRAM, you might need to reconfigure settings for speaker volume, screen resolution, startup disk selection, and time zone information.

How to Reset NVRAM on late-2016 MacBook Pro models

Following the above steps may help you troubleshoot any minor issues that might occur. If you continue to experience ongoing issues, it is always advisable to consult with Apple Support.