A new image said to be of an iPhone 8 packaging insert posted by Slashleaks (via 9to5Mac) jibes with the many rumors indicating Apple’s flagship device will boast a bezel-less design. 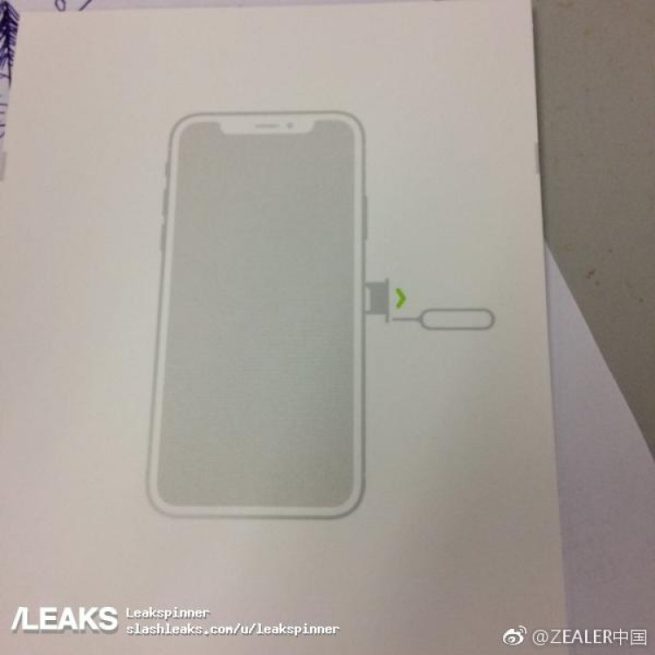 The photo, which originally appeared on Weibo, shows what is claimed to be a page from the new iPhone’s packaging paperwork, showing users how to swap SIM cards. The diagram shows an almost bezel-less design, with only a notch in the display at the top to allow for the earpiece and front camera components.

Photo leaks of packaging usually come later in the rumor cycle for new apple devices, so the diagram, while appearing to be authentic, could merely be a clever fabrication. Although, in the drawing’s defense, it is identical to the style of drawings included inside the iPhone 7 boxes. Time will tells as to whether the insert is authentic.

The “iPhone 8” is expected to debut at an Apple media event in September, and will likely be unveiled alongside two other new handsets, the “iPhone 7s,” and “iPhone 7s Plus.” However, multiple rumors have indicated Apple is experiencing delays and low production yields with the new flagship handset, and it may not ship until October or November, and then only in limited numbers.