Anker, they of the robot vacuum cleaners, blood pressure monitors and smart scales; has announced it’s own Alexa-powered smart speaker, the “Eufy Genie.” Designed to compete with Amazon’s own Echo Dot, the petite speaker is just a bit larger than Amazon’s mini-smart speaker, but comes in at $15 cheaper and claims to offer better bass and volume strength than the Dot. 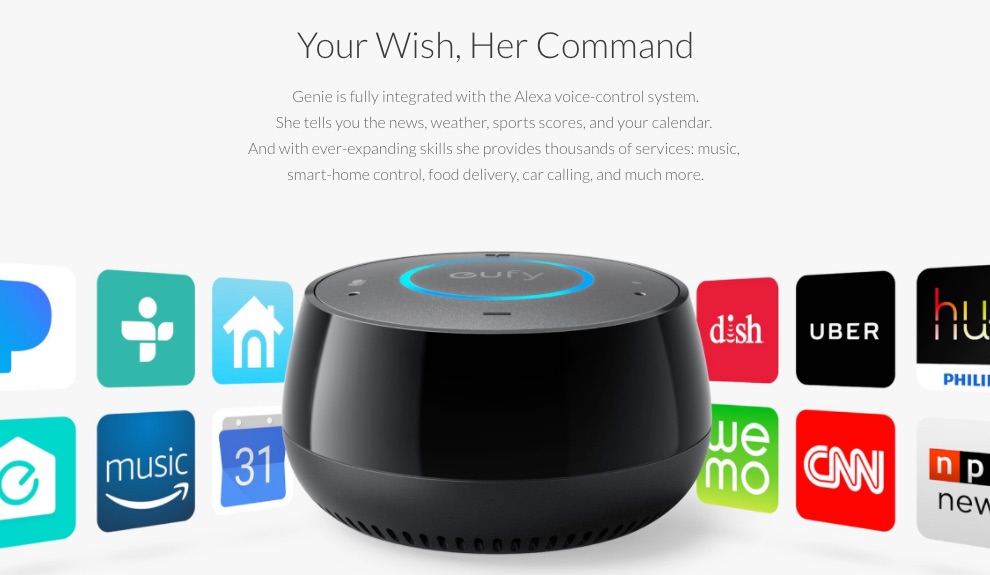 The Genie looks as if it can do whatever the Dot can do, including playing music, control smarthome devices, order items form Amazon, answer questions, report weather and news, and more.

According to Anker, it’s also possible to use the Amazon Alexa app with the Genie to access over 10,000 skills and services, such as Pandora, Domino’s Pizza, Uber, ESPN, NPR News, and more. Future updates from Eufy are said to include the ability directly control Spotify with your voice, and Alexa messaging and calling.

The Genie can also link to other Anker Eufy smart products, such as the company’s robotic vacuum cleaner, lighting products, and more.

The Eufy Genie is available for pre-order on Amazon for $34.99, it will ship on August 16. More details about the Eufy Genie can be found by visiting the Eufy website.