Apple on Monday released a new promo for its upcoming Apple Music-exclusive television show “Carpool Karaoke: The Series.” The new trailer gives us a peek at several of the celebrities that will appear on the series. The montage is set to Willie Nelson’s “On the Road Again.” 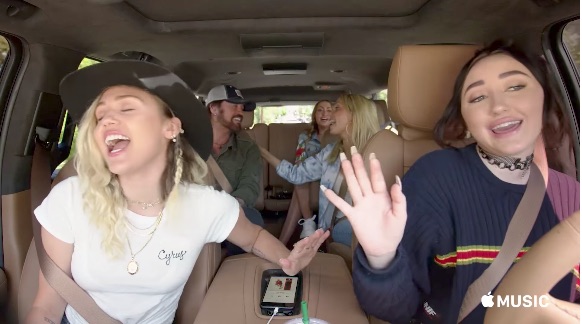 The new series is based on the popular “Carpool Karaoke” segment from “The Late Late Show with James Corden.” James Corden, Ben Winston, and Eric Kankowski will produce the new series, which will consist of 16 half-hour episodes pairing celebrities who will ride around in a vehicle, singing songs together.

Each episode will feature a different host, and a new episode will be release each Thursday. From the looks of the video, not only will the celebs be singing, they’ll be getting involved in little adventures along the way. (Celebrities, they really are just like us!)

“Carpool Karaoke: The Series” will premiere on Tuesday, August 8 in more than 100 countries. The show will “air” exclusively on Apple Music.