If you’ve made the move from an iOS device to an Android device, or like many users, use both device platforms, you might miss the iMessages system from the iOS platform. But now, a new system called weMessage allows you to get iMessages on an Android device, but theres a catch. You will need a Mac to do this. 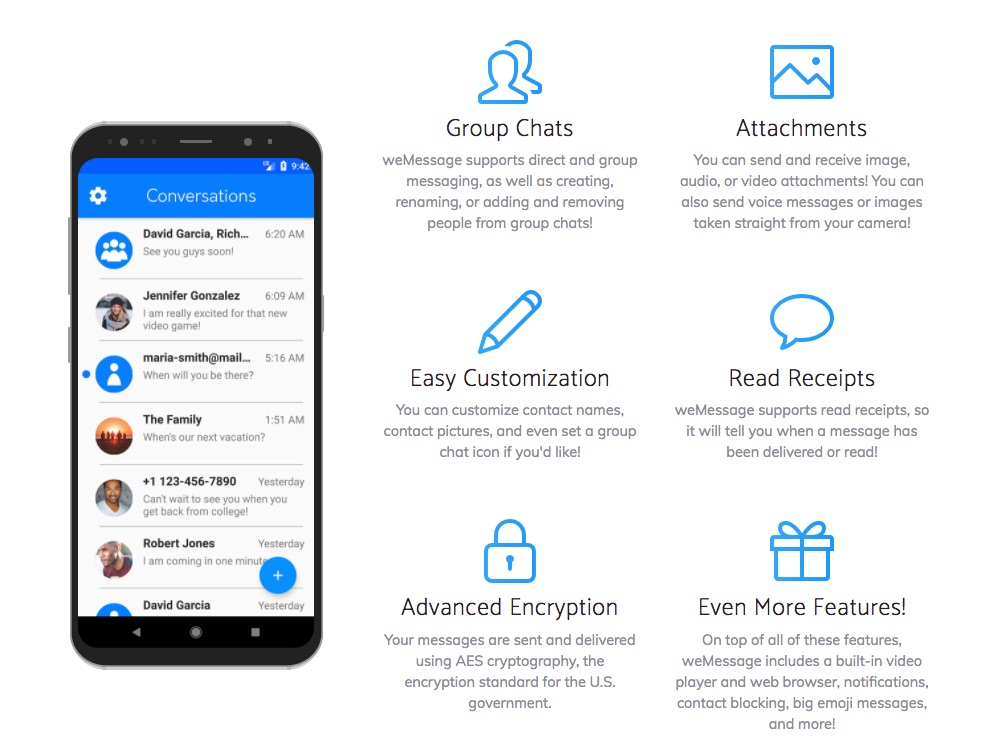 That’s right. weMessage brings the popular messaging platform iMessage to your Android device, without reverse engineering or exploits. It does this by running as a server on your Mac machine, and sends your iMessages straight to the weMessage app on your phone. In addition to being lightning fast and incredibly easy to setup, it comes loaded with many of iMessage’s coveted features and even more!

Users install the app on their Android device, and the weServer app on a Mac. The weServer app works as a go-between, using Mac Accessibility features to access the information in Apple’s Mac Messages app. iMessages are delivered to the Mac, which then forwards the messages to the designated Android smartphone or tablet. iMessages need to be sent through the Mac to enable authentication, allowing delivery

No telling how long this will last before Apple shuts it all down someway, so enjoy it while it lasts. Similar schemes for allowing Android devices to receive iMessages have been available in the past, but have been quickly shut down by the Cupertino iPhone maker.

The weMessage Mac and Android apps are free, and are available through the weMessage website.