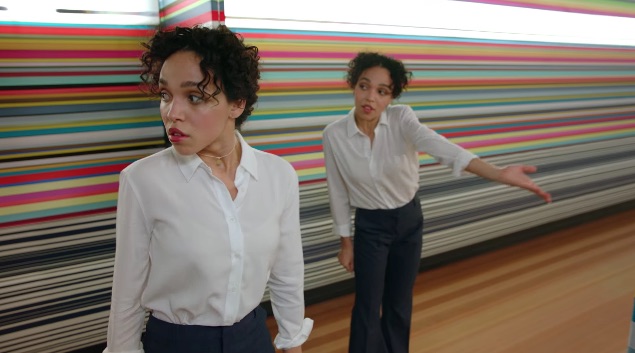 In the video FKA Twigs comes home in the evening after what appears to have been a bad day at work and asks the HomePod to play something she’d like. When the music begins playing, she lets the music wash over her for a moment, and then begins letting the music move her.

What follows is a long, surreal dance break showcasing the dancer’s many skills. The ad is set to Anderson .Paak’s new song ‘Til It’s Over.’

Adweek offers profuse praise for the video, calling it “one of the most remarkable ads of the year so far.”

The result is a stunning piece that’s charming, surreal, emotional, playful, theatrical and utterly compelling—one of the most remarkable ads of the year so far.

Spike Jonze is an Oscar winner, and has choreographed numerous music videos.

The four-minute spot will be limited to the internet, while a 60-second version of the video will run as an ad on primetime television.