Photos published by Slashleaks show what is alleged to be a new case designed for upcoming new iPad Pro models show a new location for a cut-out that could allow access to a much-rumored new location for the iPad Pro Smart Connector.

Two similar photographs published bySlashleaks show a large rear cover, most likely produced from plastic, that contains all of the openings on the edges for the assorted buttons and other elements that appear on the sides of an iPad. Along with the other holes is an extra opening, located near to where the Lightning port at the base. 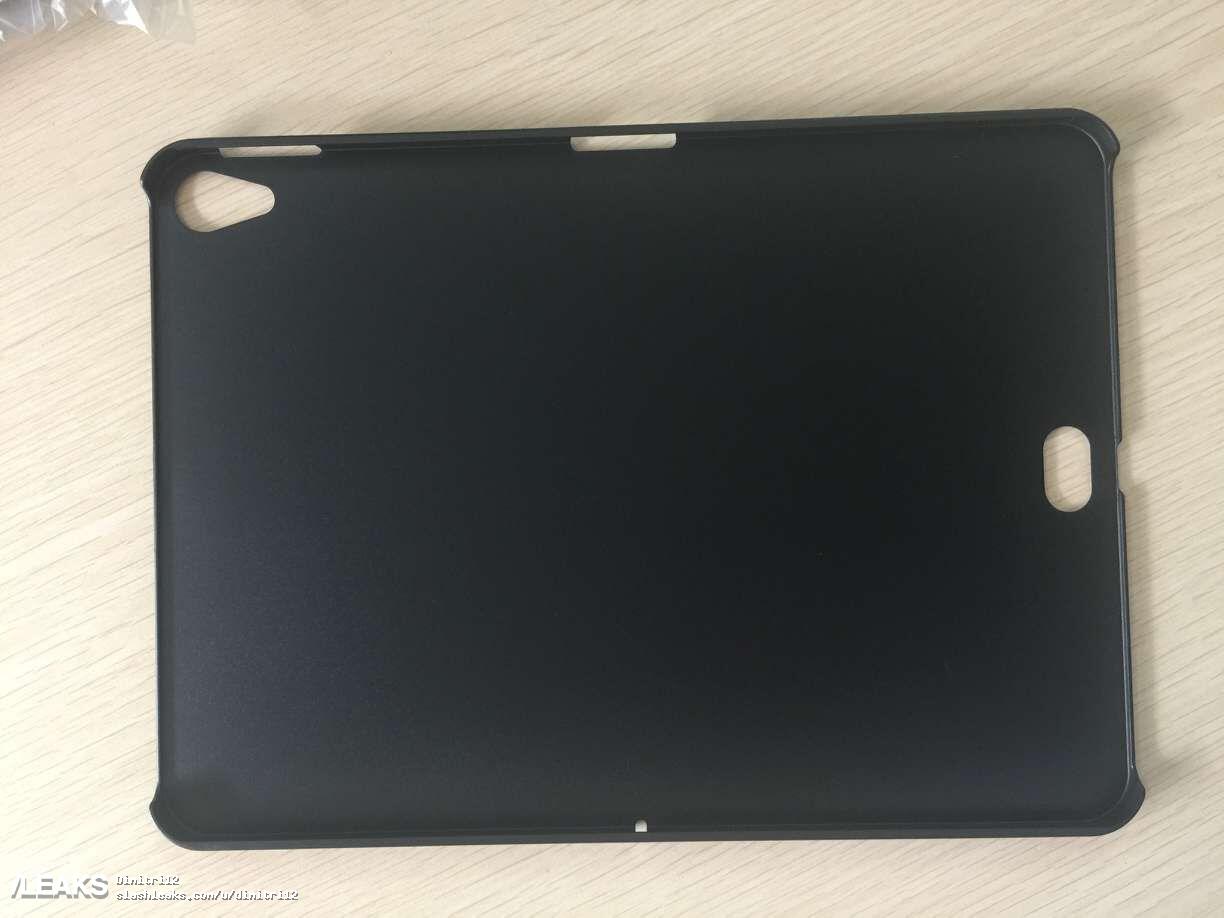 The relocated access slot isn’t explain in the leak, but the size, position, and shape appears to jibe with earlier leaks. Japanese site Macotakara published a report in July, claiming the Smart Connector would be moved from its current side location to the “lower rear side” of the redesigned tablet, somewhere near the Lightning connector.

As always with reports like this, they should always be taken with a grain of your favorite salt-free seasoning. (Mrs. Dash is my favorite.) We should know if and when a new iPad Pro model will debut sometime in the fall. Stay tuned.