The Facebook-owned platform has been testing the feature for iPhone X and newer devices in its TestFlight beta releases for some weeks now, but version 2.19.20 of WhatsApp, now on the App Store, makes Face ID available for all users with supporting iPhones.

Users will be able to use Face ID to unlock WhatsApp. However, they will still be bale to reply to messages from notification and answer calls while the app is locked.

Users can turn on the Face ID unlock feature by going to “Settings” -> “Account” -> “Privacy” -> “Screen Lock.” There, they can toggle the “Require Face ID” switch to enable the feature. (Users with older iPhone devices will see “Require Touch ID.”) 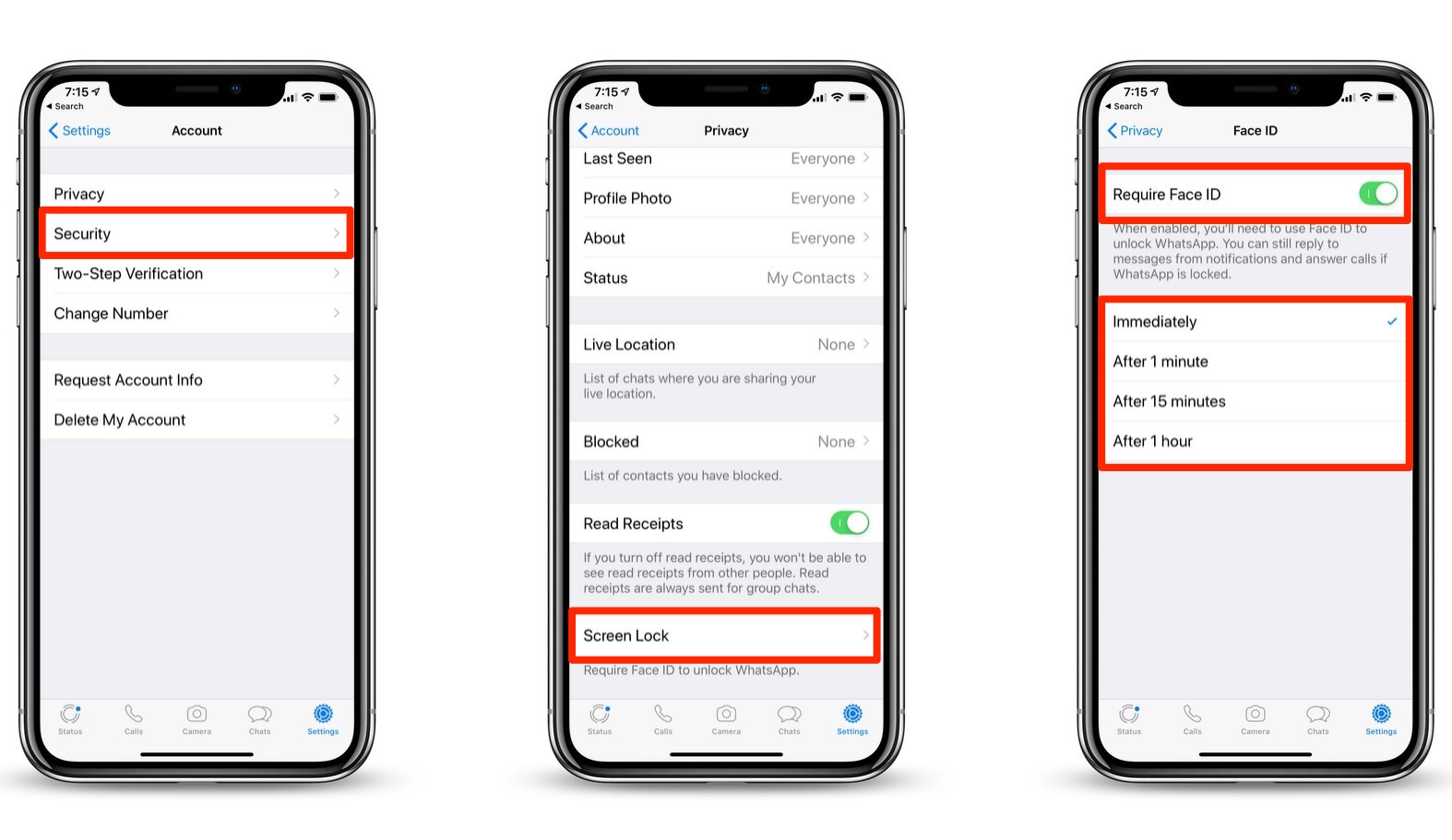 Once the option is toggled to on, users will see additional option appear, allowing them to require authentication either immediately, after one minute, after 15 minutes, or after one hour.

Users can alternatively unlock the WhatsApp app by entering their iPhone passcode to open the app.

WhatsApp is available free for the iPhone, in the iOS App Store. [GET IT HERE]