Apple on Monday released to the public iOS 12.3, the third major update to their iOS 12 mobile operating system. iOS 12.3 includes AirPlay 2, which allows streaming of content from your iOS device to selected models of televisions from various manufacturers, and the new Apple TV app, which offers a fresh interface, and new functionality.

The iOS 12.3 update is available to all compatible devices as an over-the-air download by going to the Settings app and tapping “General” -> “Software Update.” If your compatible device isn’t showing the update as available, keep calm, it usually takes awhile for Apple to rollout major updates like this to everyone.

The overhauled TV app offers the usual “Watch Now” and “Up Next” features, but also offers a new machine learning recommendation system that suggests custom content based on your viewing history and preferences. 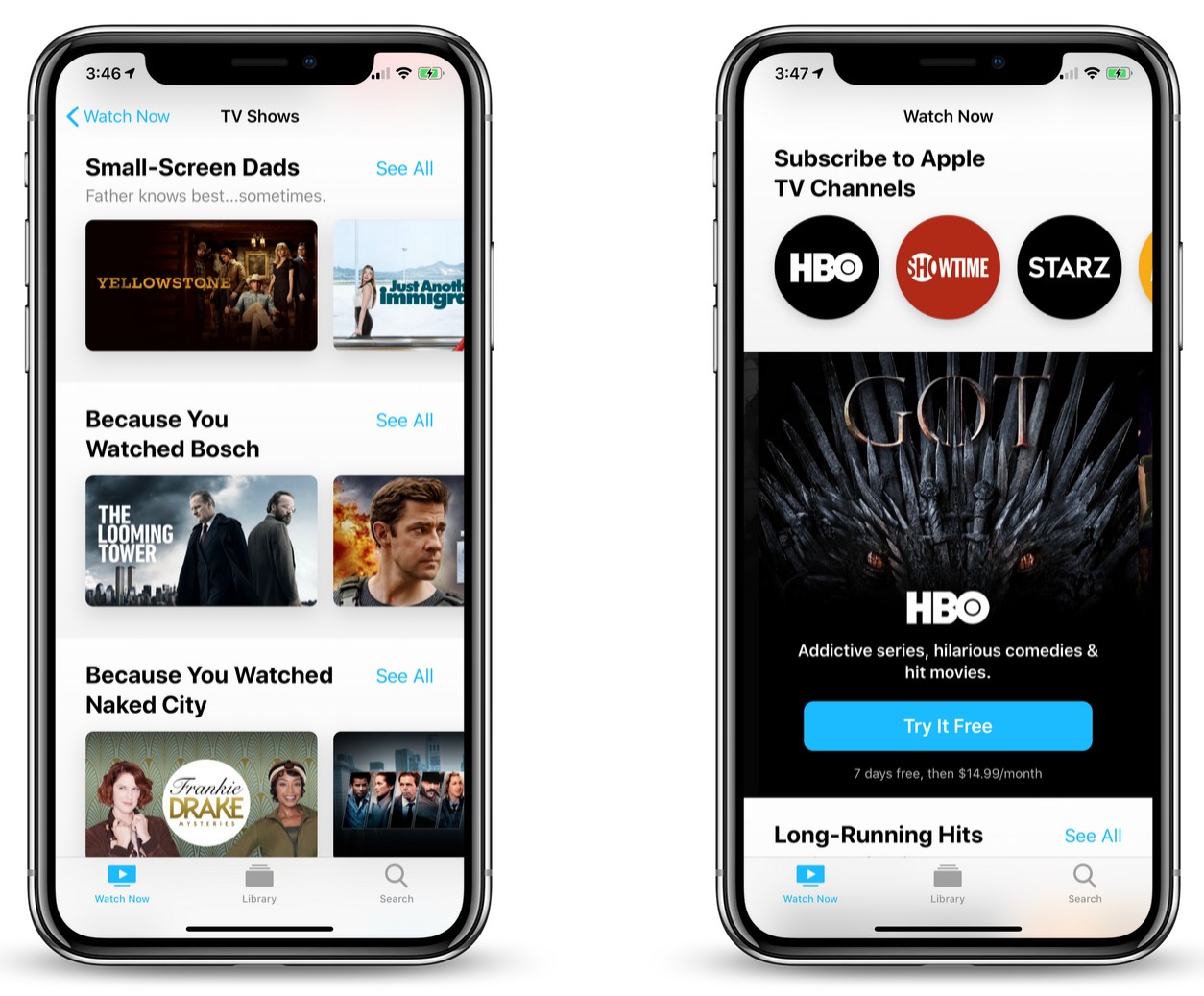 The new app’s interface has been streamlined and includes sections for movie, TV shows, sports, and more. A navigation bar at the bottom of the screen offers tabs for Watch Now, Library, and Search.

A new “Channels” feature offers subscription services that can be signed up for and viewed from within the TV app with no need to open another app. Apple (of course) gets a cut of the subscription revenue form participating services.

New Channels that will be supported include CBS All Access, Starz, Showtime, HBO, Nickelodeon, Cinemax, Sundance, EPIX, Smithsonian, and many more.

This update also includes bug fixes and improvements. This update: