Valve’s much-anticipated Steam Link app – which allows iPhone, iPad, and Apple TV users to stream and play Steam games from their Mac or PC – has finally been released on the iOS platform, and is available for download.

Valve had originally announced the Steam Link app in May 2018 and the app was expected to launch soon after. However, Apple rejected the app, citing “business conflicts.”

While Valve argued that the Steam Link app was similar to other remote desktop-based apps already available in the App Store that provided remote access to a PC or Mac. Apple refused to give ground however, and things were at an impasse, until now. 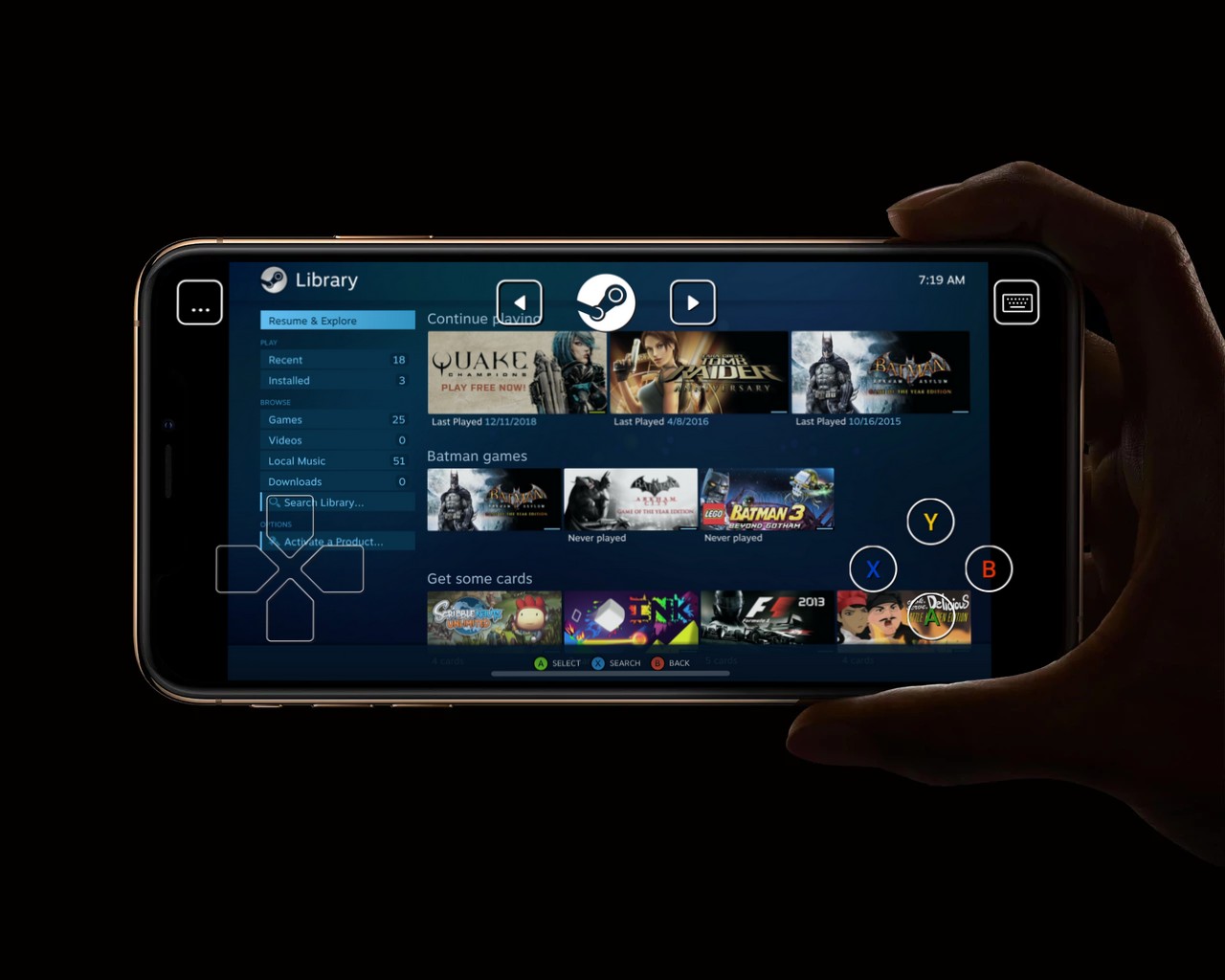 Apple’s issue with the app was likely its ability to purchase apps from within Steam Link. Valve said it would remove the feature, which it has apparently done, resulting in Apple’s approval of the app. When I tried the app this morning, while you can access the library of games that have already been purchased, there is no visible option for purchasing games directly from the iOS device.

Upon starting the app on your iOS device, your device scans your local network for a Mac or PC with Steam installed. You then pair the two devices via a code you enter on the PC or Mac. A bandwidth test is then performed on your device to ensure a smooth gameplay experience. Additional drivers may need to be installed on your computer. (My Windows machine required installation of new sound drivers.)

From the App Store:

The Steam Link app brings desktop gaming to your iPhone or iPad. Just pair an MFI or Steam controller to your device, connect to a computer running Steam on the same local network, and start playing your existing Steam games.

* Connect your computer using Ethernet to your 5Ghz WiFi router

* Keep your iOS device within a reasonable range of your router

Steam Link is free, and is available for the iPhone, iPad, and Apple TV, in the App Store. [GET IT HERE]