The CBS All Access streaming subscription service is not available through the Apple TV app’s channels feature. The service is available for $9.99 per month, a 7-day free trial is available.

Apple’s redesigned TV app, which was updated in March, offers a “Channels” feature that allows users to sign up for and watch third-party subscription streaming services directly in the TV app on iOS and Apple TV devices.

Other subscription streaming services available through the TV app include Cinemax, EPIX, HBO, Showtime, Starz, Smithsonian, and many more. 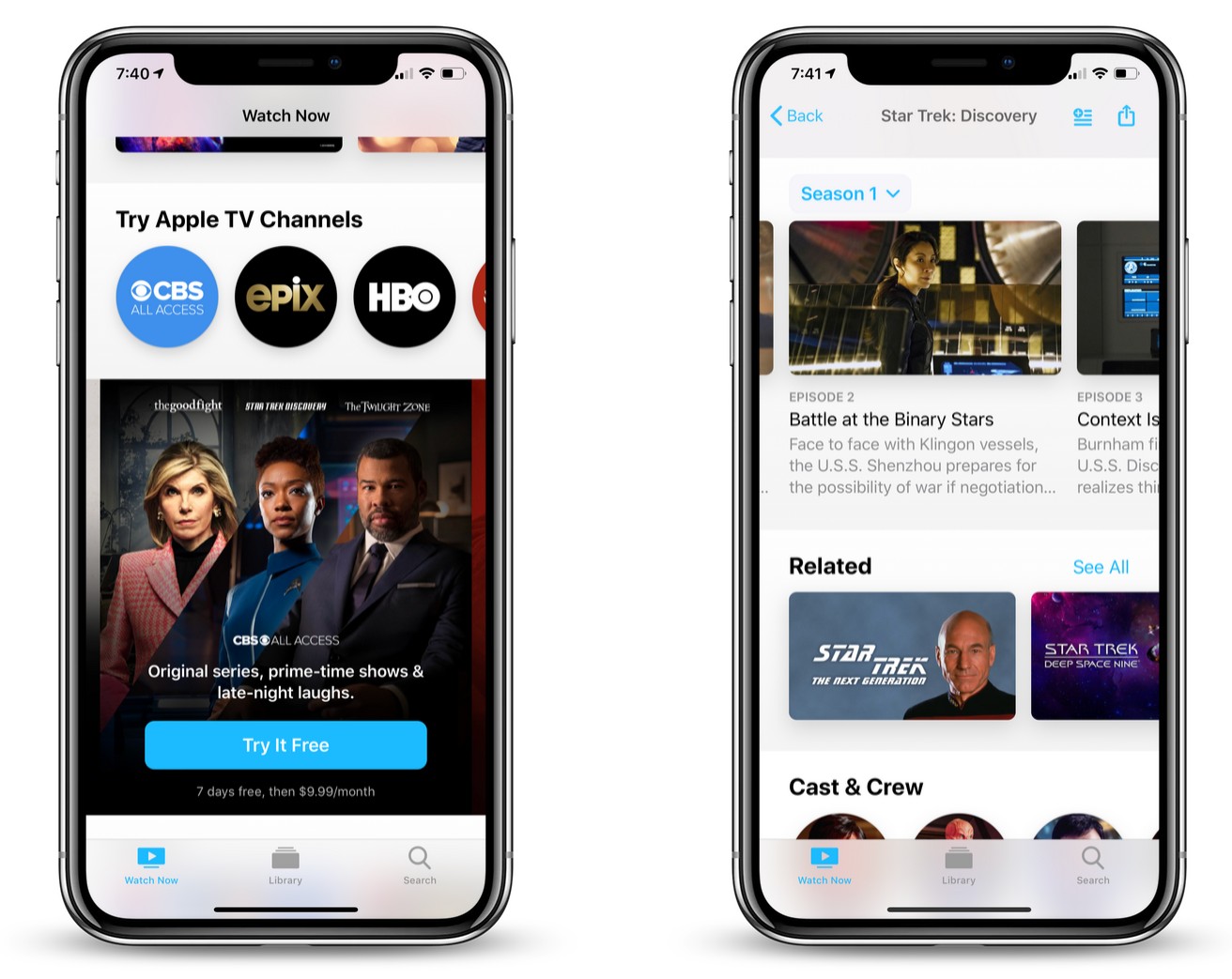 While CBS All Access had been promoted as an upcoming channel when Apple TV Channels debuted, it wasn’t available when the feature first launched, nor was an official debut date listed. However, CBS did finally announce an availability date last week.

The CBS All Access content that can be watched directly in the Apple TV app includes live TV shows, sporting events, CBS All Access-only shows like the most recent Star Trek series and over 10,000 on-demand episodes of CBS television series.