The Apple Watch Series 5 is available in a wider range of materials, including aluminum, stainless steel, ceramic and an all-new titanium. 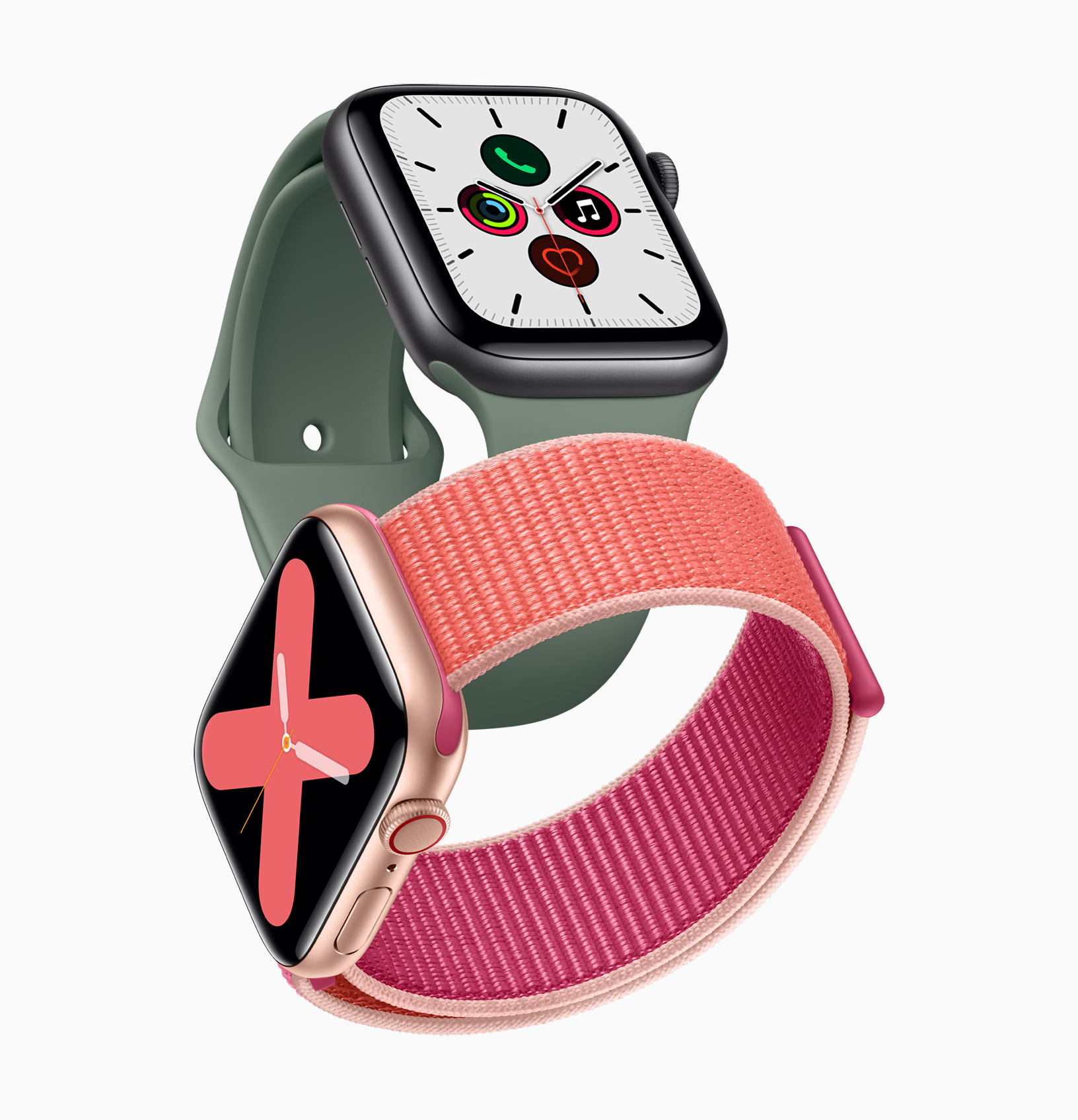 The new Watch offers a new display that allows the time and important information to remain visible at all times. Apple says each watch face has been carefully optimized for the new display and to preserve battery life. The screen dims when the user’s wrist is in a down position, and returns to full brightness when the user raises their wrist or taps the display.

The Watch boasts a new built-in compass and updated Maps app allow users to see which way they are facing. Users will now be able to use the new Compass app to see heading, incline, latitude, longitude and current elevation.

Users with cellular models of Apple Watch Series 5 can now complete international calls to emergency services, regardless of where the device was originally purchased or if the cellular plan has been activated. The new feature works alongside fall detection and if enabled automatically places an emergency call if the Watch senses the user has taken a hard fall and remains motionless for around a minute.

Apple Watch customers will now enjoy a more personalized buying experience when buying an Apple Watch Series 5 in an Apple Store, from Apple.com, or in the Apple Store app. The new Apple Watch Studio offers customers the ability to pick their preferred case and band combination.