Apple on Thursday released “Ultimate Rivals: The Rink,” to the Apple Arcade game subscription service. The game, the first in a series of sport mash-up games, features all-star athletes from a various professional sports.

The two-on-two hockey game features all-star athletes from the NHL, NBA, NFL, MLB, WNBA and US Women’s National Soccer Team. 50 professional superstars are included in the game. Each athlete has a set of skills roughly equal to their real-life counterpart.  The game is a first in sports and gaming.

Players can combine, for instance, Alex Ovechkin and Alex Morgan against De’Aaron Fox and Jose Altuve or Skylar Diggins-Smith and Wayne Gretzky. Different combinations of heroes unlock unique ways to play and win against the AI or other gamers in online multiplayer matches. 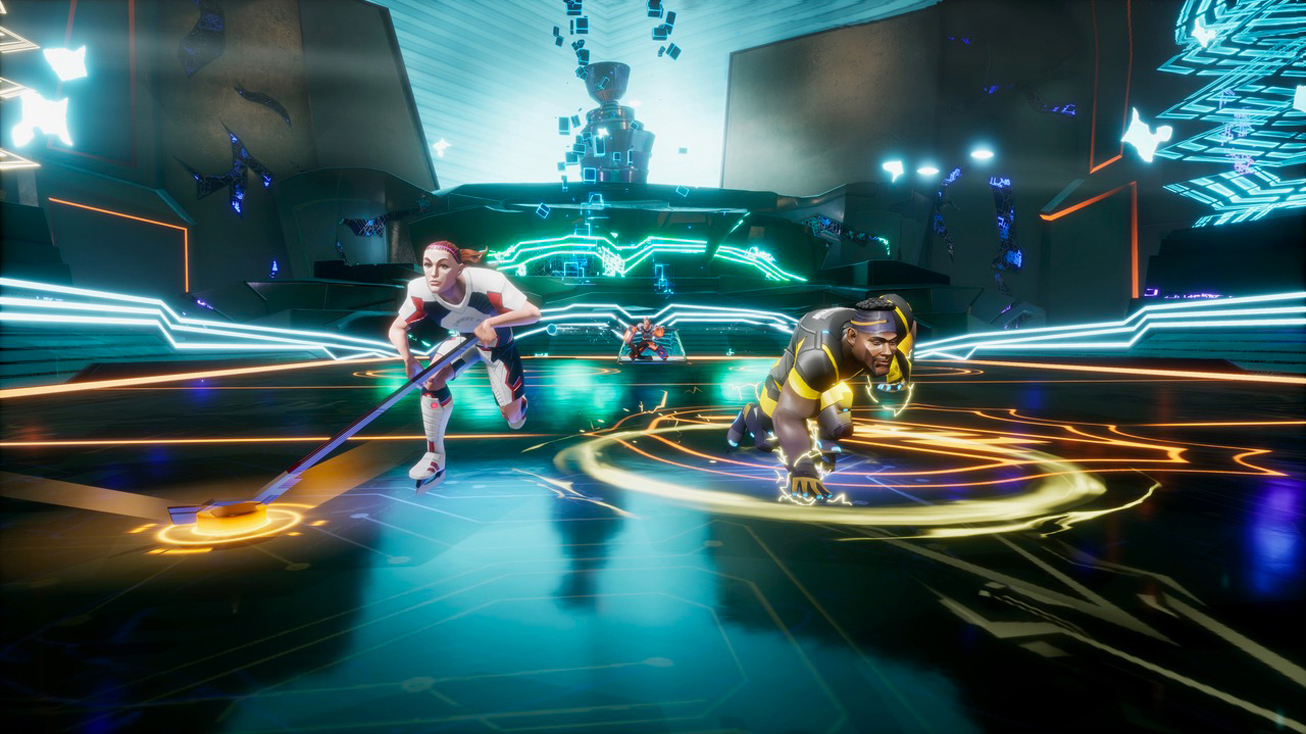 “We are ripping up the sports video game rule book and re-writing it for a new generation. We’re starting with the gamer first and empowering their imagination to create the ultimate team of athletes across sports, in a way only they can envision,” said Ben Freidlin, CEO and founder of Bit Fry Game Studios.

“With Apple Arcade, we are committed to delivering a curated catalog where every title offers players a new, innovative experience that pushes the boundaries of what a game can be. The Ultimate Rivals’ franchise does just that,” said Apple SVP of Worldwide Marketing Phil Schiller.

“Ultimate Rivals: The Rink” is available now on iPhone, iPad, Apple TV and Mac in the Apple Arcade.