iOS 14 and iPadOS 14 are now installed on 90% of all compatible iPhones and iPad, according to data collected by Mixpanel. The firm’s data, collected by its iOS 14 adoption tracker, shows the iOS 14 current adoption rate, just under seven months after iOS 14’s launch. 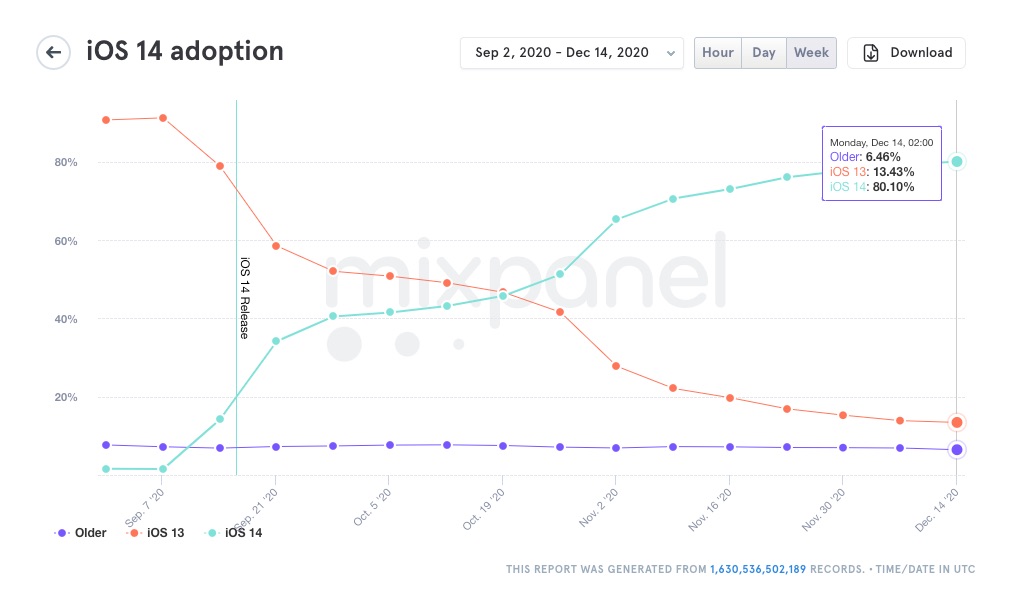 Apple said in February that iOS 14 was installed on 86% of all devices released in the last four years. According to Mixpanel, iOS 14 adoption is hovering around 90%, but the exact number fluctuates.

iOS 14 was released to the public on September 16, 2020, and brought a number of new features to devices, including Home screen widgets, App Library, app widgets, a new Siri and incoming calls UI, enhanced privacy features, and much more.