Apple has begun testing the major redesign of the iCloud Mail interface on the web, which brings the webmail service experience more like the redesigned look of macOS Big Sur.

The new design allows users to compose emails in a smaller window that appears in the middle of the screen, rather than opening an entirely new window. 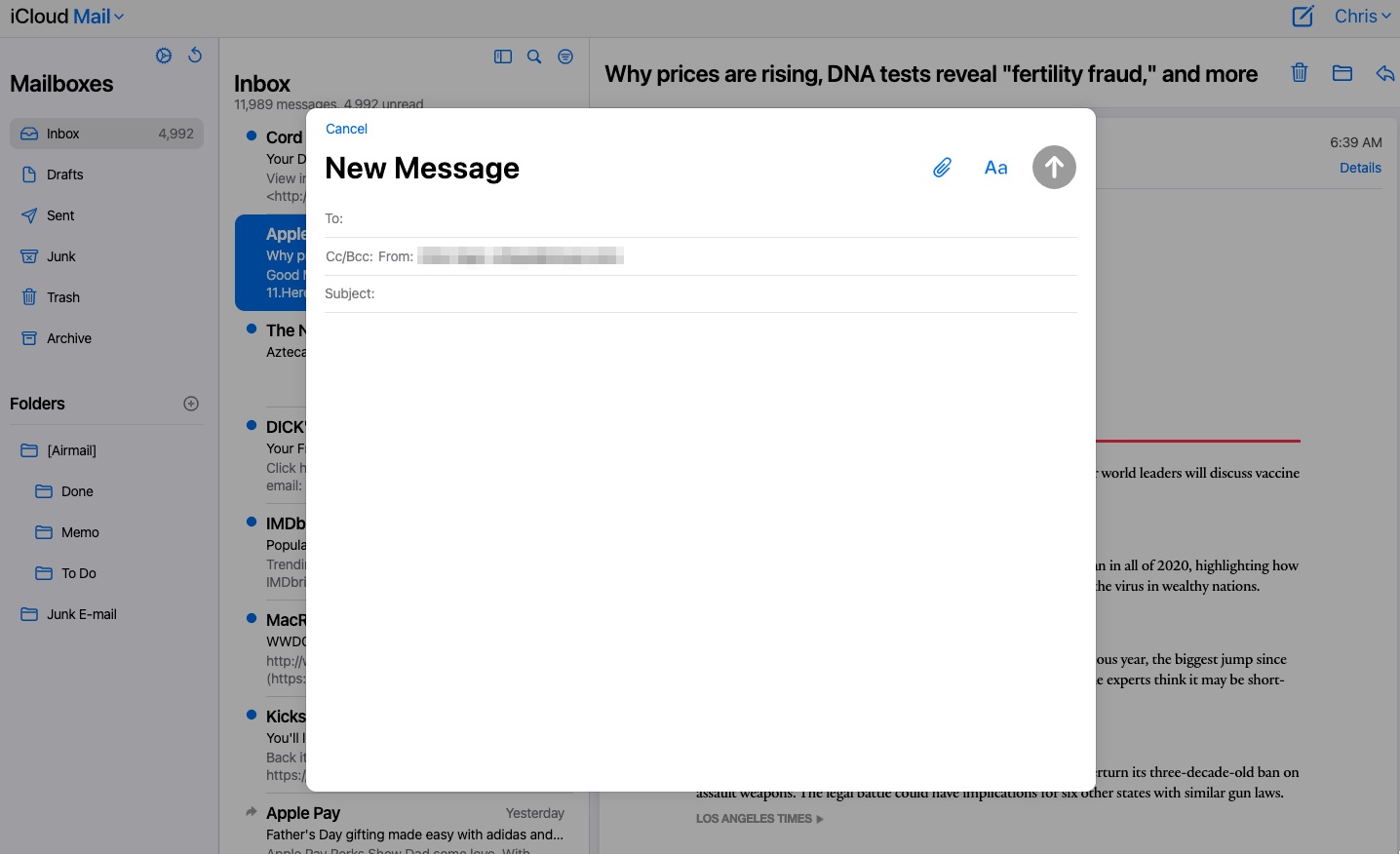 Users that wish to try the new ‌iCloud‌ Mail design can log in to the beta website for iCloud. The new design will likely debut to the public this fall, alongside iOS 15, iPadOS 15, watchOS 8, tvOS 15, and macOS Monterey, which are also currently in beta testing.