What's unparalleled in the Apple world of devices and gadgets? There should be even more than one reason to explain why millions of people decide to buy Apple products instead of any other competitor.

First of all, one of the most distinctive aspects that make the Apple products different is that the users can run multiple devices seamlessly. But another excellent reason to pick an Apple device is that there's an endless pool of available free iOS apps and games to download from the internet.

Overview In The Apple Products In Saudi Arabia The continuity aspect seems to be one of the most significant features to convince Saudi buyers to match their first Apple device with a new one. For example, Apple users can pair a PC with an iPhone and work from one to the other and vice versa without cables or any particular tool except for the PC and iPhone. Saudi users reveal to love the continuity feature of the Apple devices, not less than the privacy and security measures offered by this brand.

We want to dive into a comprehensive overview of the most sold Apple devices in Saudi Arabia. Apple users tend to confirm their loyalty to this brand by buying multiple devices over time. This market feature gives the Apple brand the chance to grow in the Saudi market. Mobiles reveal to be the most suitable products for on-the-go usage and daily entertainment. iPads are some of the most bought products to watch real-time movies and play live casino games.

Saudi Arabia has a population of 34,268,528 people on an area of 2,149,690 sq km, but the age distribution among Apple iPad users appears to be quite diversified, as it follows:

Differently than most countries in the rest of the world, Saudi Arabia can boast a large portion of female users: for specific numbers, male iPad owners are 52.3% of total Saudi Apple iPad owners, while female owners account for 47.7%, which is a significant percentage of users in the country.

Saudi iPhone 12 buyers recommend this Apple mobile device for its latest features, upgraded from the previous version. We've prepared an overview of the age distribution of Apple buyers in Saudi who chose iPhone 12:

In opposition to what numbers reveal about the owners of the Apple iPad, the gender gap between male and female owners is enormous: 82% of male users against only 18% of female users. These stats show that mobile devices aren't diffused enough among female buyers. Also, the Apple company should address the pool of potential female buyers more accurately. 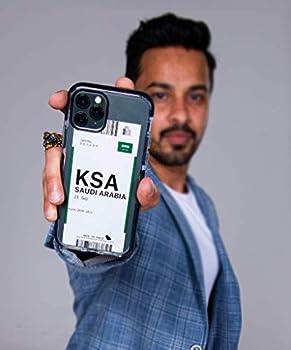 Buyers who love the Apple brand may already own an iPhone 11 model. This mobile version is still one of the newest in the market, although a few more additions have been appearing recently. The consumer distribution per age in Saudi reveals as it follows:

The gender distribution among the Apple buyers who own an iPhone 12 model shows a significant gap between male and female buyers: precisely, 70.5% of male buyers vs. 29.5% of female buyers in Saudi Arabia.

The iPhone X model appears to be one of the most attractive for its sleek and handy design. Stats reveal that the Apple company did a great job with the iPhone X version, which fully satisfies the buyers' expectations and needs.

When it comes to the gender distribution, the iPhone X buyers seem to get to a less dramatic gap than the buyers of the other Apple devices that we've analyzed: 56.1% male buyers vs. 43.9% female buyers in Saudi own the Apple iPhone X version.

The stats that we've mentioned in our analysis of the most sold Apple products in Saudi Arabia reveal that the male component of the potential buyers is always more predominant than the female one. But this trend doesn't look to stay consistent all through the market: several devices are most chosen by male users, but a few other devices appear to attract a significant percentage of female buyers.