91mobiles has posted new CAD images said to be of the upcoming Apple Watch “Pro.” The renders provide a closer look at what we might expect to see when the new wearable is unveiled on Wednesday.

Many expect that the Apple Watch Pro will come in a 49mm size, which means the device will be quite chunky, meaning it won’t be available for everyone, as journalist Mark Gurman has pointed out.

The renders show a new physical button on the left side of the watch. The new button is visible within the CAD images, which show it sitting beneath three holes which are likely speaker vents. 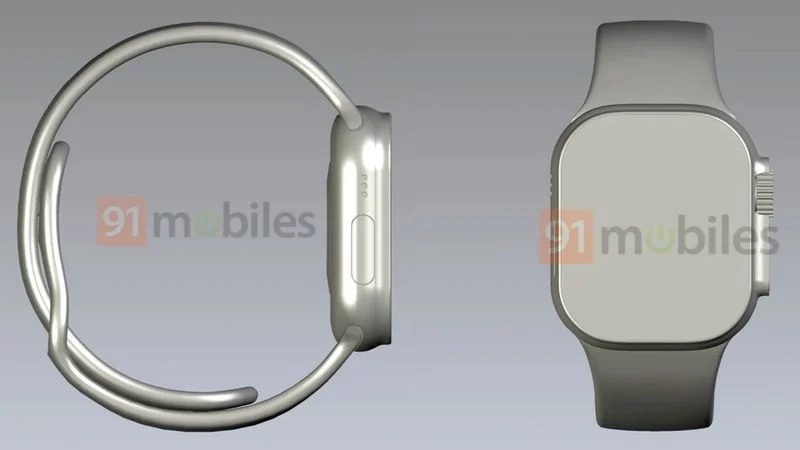 The Watch’s new Digital Crown looks to be of a much more rugged look when compared to the current version. Both the Digital Crown and Side Button appear to be housed within a new chassis protrusion on the side of the Apple Watch Pro, making them more easily accessible.

The Watch’s display looks to be completely flat. The current Apple Watch Series 7 features curved edges around the display.

Gurman also said that the Apple Watch “Pro” will feature a significantly larger display that will likely “be bigger than most wrists.” Some rumors have indicated the new Apple Watch model will boast a case size between 47mm and 48mm. The larger screen will provide additional metrics during workouts. Redesigned watch faces will take advantage of the larger display, says Gurman.

Apple is expected to announce the all-new Apple Watch “Pro” during an event on Wednesday, September 7.