According to a patent uncovered by Patently Apple, it seems that Aperture might possibly come to the iPad and other iOS devices. I’d personally love to have the abilities that Aperture offers right there on my iPad! 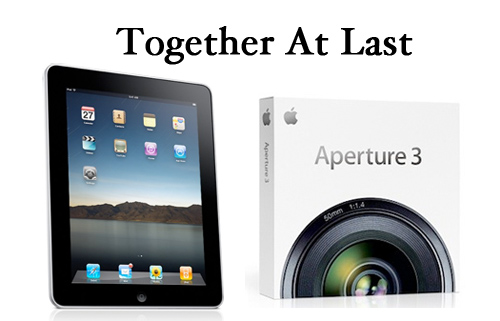 What Aperture would bring to the table is an intuitive touch-based interface in which people could edit their photos, possibly in a library distinct and separate from the default Photos library. Aperture on touchscreen devices could change the way people take and edit photographs.

It’s the latter that’s interesting in light of Apple’s latest patent revelation that Aperture is coming to touch displays including handhelds like the iPad. It may even come to future desktops and laptops that offer touch displays, according to Apple. An advanced graphics pen would be great for fast photo touch-ups and appreciated by photographers using Aperture on-the-go.

The patent describes several means on interaction, including direct touch, as well as pen or stylus input, and describes various GUI elements that would provide users with a fantastic tool set at the ready.

Of course, as with all rumors (especially those surrounding Apple patents), this should be taken with a grain of salt.