Apple is likely to announce at next month’s WWDC event the passing of the 500,000 mark for apps in the App Store.

The 500,000 figure was compiled by 148Apps, Chomp, and EA’s game publisher Chillingo. The trio posted the below infographic to a Facebook page that details some interesting statistics about the milestone. 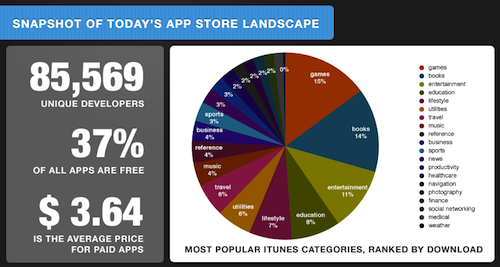 Angry Birds is the most popular app  ever. While Apple don’t release any official figures about how many times an app is downloaded, the below ranking chart is based on the number of days the apps stayed at #1 in the chart. 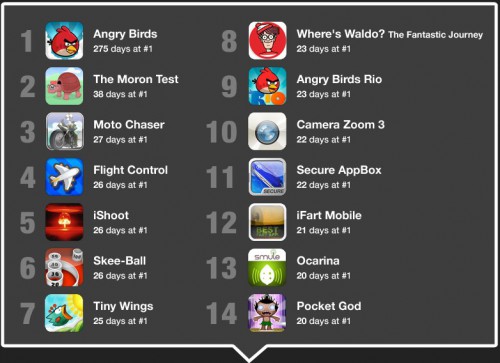 It is also predicted that the app store hit more than 15 billion apps solid in Jan 27th, 2011. We will have to wait until the WWDC event before hearing official confirmation from Apple about these figures.

You can view the infographic in its entirety here.