Today marks the 10th anniversary of Apple having launched their retail store program. These retail stores have changed the face of retail sales, and have been extremely successful. Part of the celebration? Apple Store 2.0 – revamping an already great thing.

We commented on this yesterday, explaining that Apple will now be offering better start-up sessions, replace paper product information with iPad 2 “signs” displaying the same info, release a new iOS Apple Store app, and install new display and sound systems in the stores. A great way to celebrate, no doubt!

Apple’s very first retail stores were opened on May 19, 2001 in Glendale, CA and McLean, VA. These stores have become cult locations for Apple fans all over, and have helped reshape Apple into the astounding consumer enterprise that it is today.

Ten years later, and the plan could not have come together better. Apple has created an experience like no other. The first ever weekend of Apple Store sales tallied a total of 599,000 in merchandise. Today, a typical weekend nets much, much more case, and something as exciting as a launch brings in lines many blocks long,

If Steve Jobs was really “blown away” by the initial success of the Apple Retail Store, as reports suggest, if he could have witness today from 10 years back, he surely would have fallen into a magical and revolutionary iComa. In 2010, Apple poured in $2.36 billion in profit off of its retail stores.

So far in fiscal 2011, Apple has already netted a cool 1.84 billion – and the new iPhone hasn’t even launched yet! Certainly this merits a celebration, so grab a piece of iPad cake and hold on to your seats – the best is, as always, yet to come. 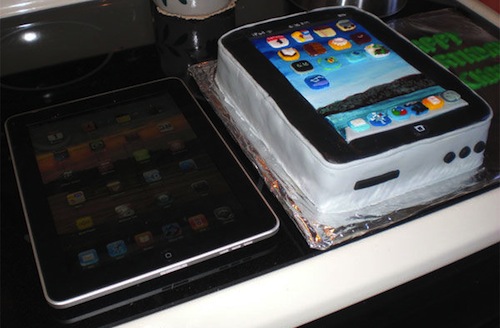 In short, the early success of the Apple Store is still increasing in a fairly serious way 10 years later, and that is always good news. So, have a seat, grab your iPhone, iPad, and find the nearest Mac, and check out this video of Steve Jobs introducing the first ever Apple store.

It’s a good thing for Apple that the 10th-year anniversary is the Aluminum anniversary – they’re beautiful aluminum unibodies of all kinds will be celebrating right along with us!