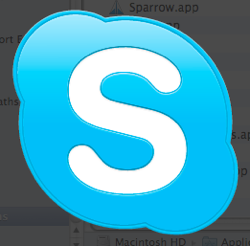 Microsoft is in advanced talks to buy Skype for $8.5 billion which would include assuming all debt. An announcement is expected later today.

According to The New York Times

A deal is expected to be announced Tuesday morning, these people said, although they cautioned that the talks could still fall apart. A spokesman for Skype declined to comment, and calls to Microsoft were not returned.

The acquisition would be Microsoft’s largest ever and it is the software giant’s effort to gain a foothold in the world of voice and video communications. Microsoft would be able leverage Skype’s more than 600 million registered users into using its other products. For example, it could be connected to Microsoft’s Xbox 360 and Kinect systems, and integrated into the company’s flagship product, Office, as a way for business users to better collaborate.

This is a big play for Microsoft since Google already has a growing voice and video chat platform integrated in Gmail. It would give Microsoft the ability to deeply integrate Skype into Windows and Windows Phone 7 and compete with Apple and their FaceTime strategy as well.

But will they make Skype for Mac client suck less please?

The $8.5 billion deal was confirmed by both companies this morning.

“Skype is a phenomenal service that is loved by millions of people around the world,” said Microsoft CEO Steve Ballmer. “Together we will create the future of real-time communications so people can easily stay connected to family, friends, clients and colleagues anywhere in the world.”

Skype will become a new business division within Microsoft, and Skype CEO Tony Bates will assume the title of president of the Microsoft Skype Division, reporting directly to Ballmer.