MG Siegler, of TechCrunch, has not only confirmed that Facebook is working on a Facebook app, he has also revealed it. It turns out that the upcoming Facebook app for iPad is actually hidden within the iPhone app – meaning it can be freely accessed and used before its public release.

The Facebook iPad app is a major overhaul of the UI used in their iPhone app and bears little resemblance to design of their much maligned and often criticized iPhone version. What’s more, the Facebook iPad app seems much more feature rich than the iPhone app. Photo Albums, messaging, status updates – all much improved and they seem to be fully functional.

It looks like the iPad app will give Facebook users the same desktop browser experience but on their iPads.

Update: Instructions on how to install the Facebook iPad app can be found here. 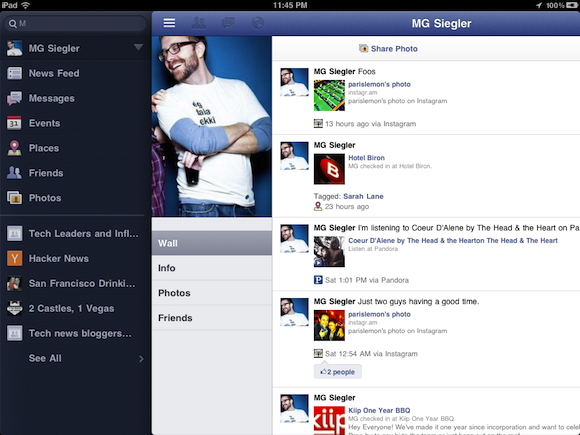 The Facebook iPad app takes full advantage of the wider screen and follows a similar layout to that of the Twitter iPad app whereby the interface is split between a thin left column and wider right one with the left column used for a menu.

The app seems to be hybrid of a HTML 5 app and a native iPad app. The app looks set to be a binary app which means the same app download will run on both iPhone and iPad. 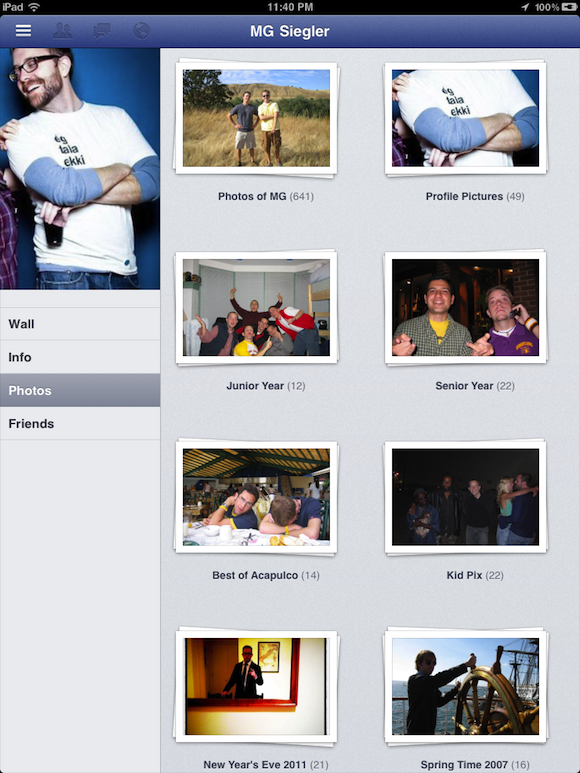 Adrian Durso, an AppDevice reader, posted the below video that details how to change the UIDeviceFamily setting if you already have a JB’d iPad.

It is not known when Facebook will release their iPad app but hopefully this revelation will speed things up!

More pictures of Facebook’s iPad app can be found here. 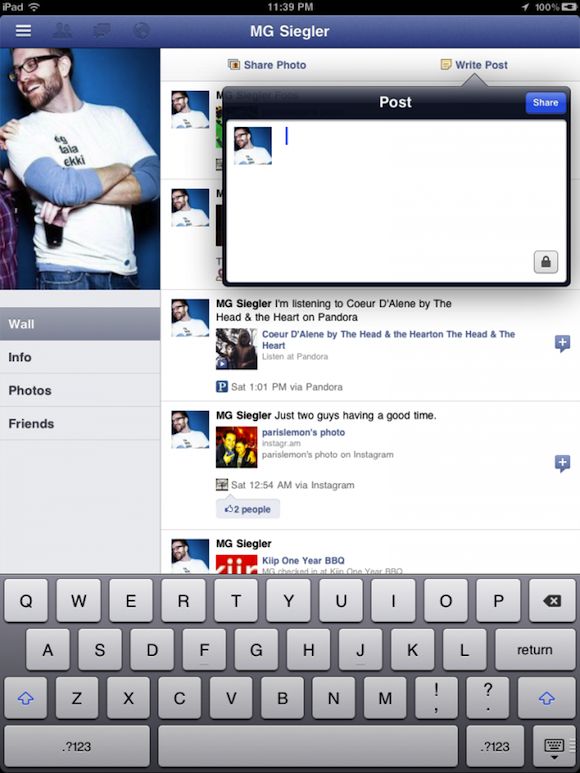